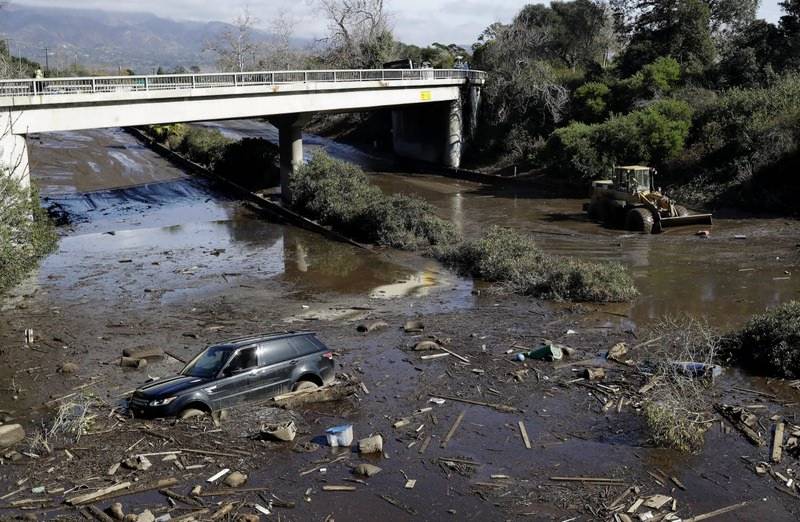 MONTECITO: Anxious family members awaited word on loved ones as rescue crews searched for more than a dozen people missing after mudslides in Southern California destroyed an estimated 100 houses, swept away cars and left at least 17 victims dead.

“It’s just waiting and not knowing, and the more I haven’t heard from them—we have to find them,” said Kelly Weimer, whose elderly parents’ home was wrecked by the torrent of mud, trees and boulders that flowed down a fire-scarred mountain and slammed into the coastal town of Montecito in Santa Barbara County early Tuesday.

The drenching storm that triggered the disaster had cleared out, giving way to sunny skies, as hundreds of searchers carefully combed a landscape strewn with hazards.

“We’ve gotten multiple reports of rescuers falling through manholes that were covered with mud, swimming pools that were covered up with mud,” said Anthony Buzzerio, a Los Angeles County fire battalion chief. “The mud is acting like a candy shell on ice cream. It’s crusty on top but soft underneath, so we’re having to be very careful.”

Buzzerio led a team of 14 firefighters and six dogs in thick debris. They used long-handled tools to search the muck in the painstaking task.

A dozen people were hospitalized at Santa Barbara Cottage Hospital and four of them were in critical condition, Dr. Brett Wilson said.