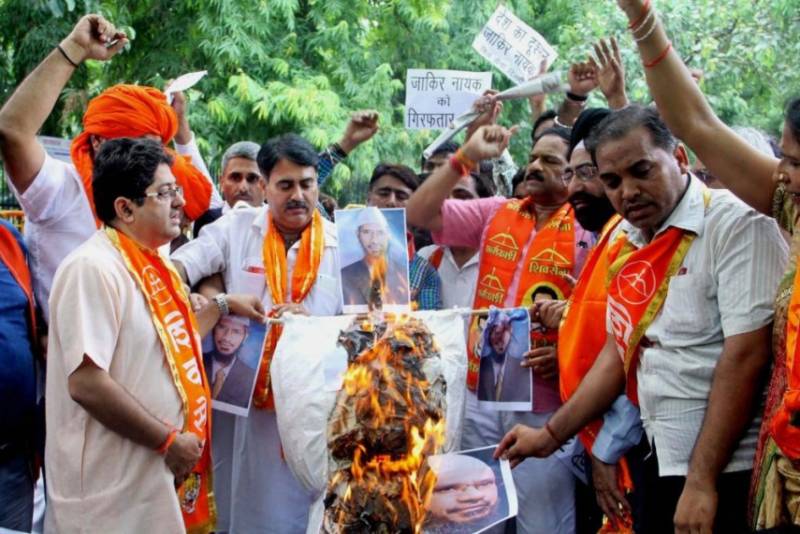 JHARKHAND: Hindu extremist and violent group Shiv Sena with a history of strong hatred for muslims and other minorities in India in yet another act of rising Hindu violence attacked Pakistan india joint exhibition which was being held in Deradoon city in the Jharkhand state.

Shiv Sena militants attacked Pakistani stalls in the exhibition and forced them to closure while threatening the Pakistanis of dire consequences for holding such an exhibition in India.

The exhibition started on January 7 and was to last till January 10 as a step forward towards enhancing bilateral relations but hindu extremists did not like the idea of cordial Indo- Pak ties.