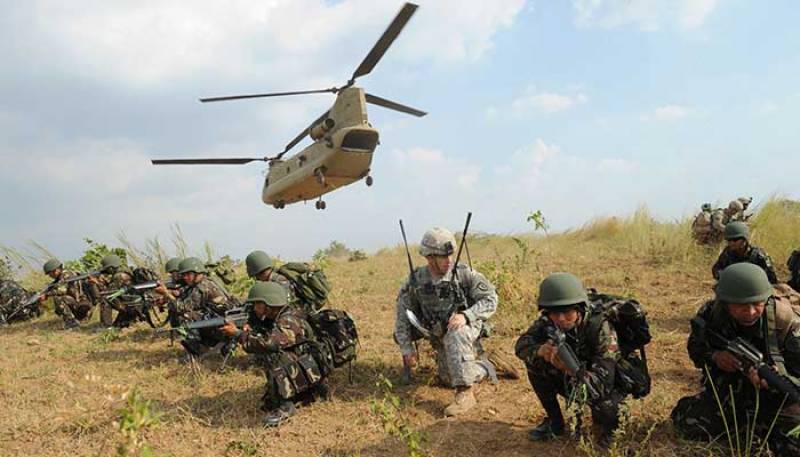 MANILA: The Philippines told the US on Tuesday it was quitting a pact key to their historical military alliance, triggering a six-month countdown to the deal's termination, Manila said.

Philippine President Rodrigo Duterte made the move after voicing anger over American authorities cancelling the visa of the official who led his internationally condemned drug war.

This comes after Duterte has, since taking power in mid-2016, repeatedly made unrealised threats to shrink or even sever his nation's ties with its former colonial master and most important military ally.

The 1998 Visiting Forces Agreement (VFA) is the legal framework for the presence of US troops on Philippine soil and is central to the two nations´ hundreds of annual, joint military exercises, which are a major component of their deep military ties.

The pact requires a 180-day notice to quit, which will likely set off a period of negotiation between the two countries.

"The Deputy Chief of Mission of the Embassy of the United States has received the notice of termination of the Visiting Forces Agreement," Philippine foreign affairs secretary Teodoro Locsin wrote on Twitter. - APP / AFP