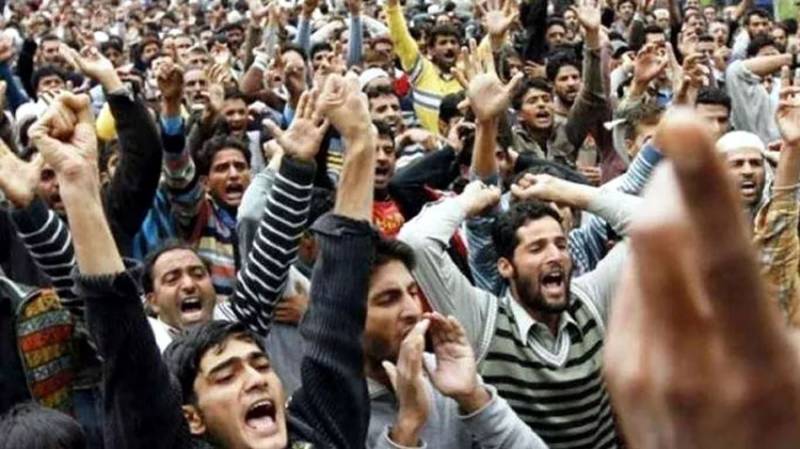 In occupied Kashmir, people staged a protest demonstration in Srinagar against the killing of a Kashmiri young boy, Basit Khan, by Hindu terrorists in India.

The protesting youth demanded stern punishment to the killers and compensation to the family members of the victim.

The protesters also appealed the quarters concerned to take a special interest in the case and help in serving the justice to the family.