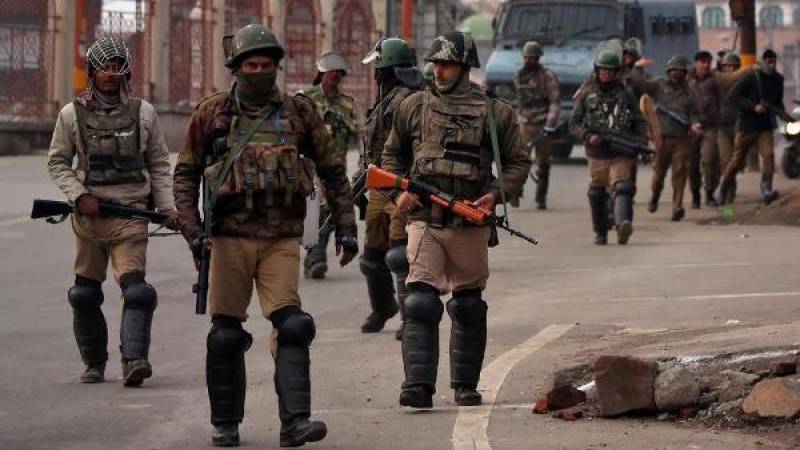 The protest demonstration was organized on the occasion of martyrdom anniversary of Muhammad Maqbool Butt, today. He was hanged by India on this day in 1984 in Delhi’s notorious Tihar jail, Kashmir Media Service reported.

The troops arrested many protesters on the occasion. A spokesman for the Jammu and Kashmir Liberation Front in a statement in Srinagar said that Shah Himaly Begum, the mother of Shaheed Maqbool Butt, led the protesters.

The participants of protest demonstration demanded the release of all illegally detained Kashmiri leaders and activists including Muhammad Yasin Malik, Farooq Dar and Zahoor Ahmad Butt.

Zahoor Butt, the JKLF leader and brother of Muhammad Maqbool Butt, in a message from jail paid tributes to the martyred leader, saying that Maqbool Butt believed in armed struggle as India had always tried to buy time in the name of talks.

Rallies and functions were also held in different areas of Azad Kashmir, Gilgit Baltistan and capitals of some European countries including Brussels and London.