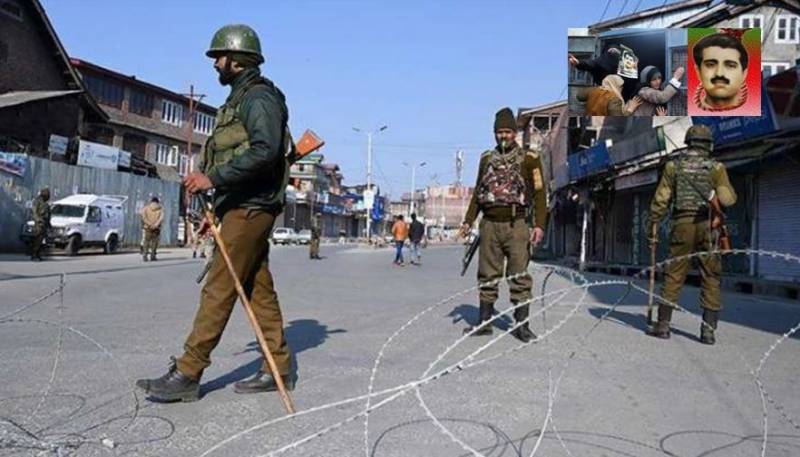 Russia has declined the invitation by India to be a part of the fresh batch of selected foreign envoys who will be sent to occupied Kashmir, this week, Radio Pakistan has reported.

Russian Ambassador to India,Nikolay Kudashev, informed Indian diplomats, today, that he would not be a part of the 25-member team visiting the territory.

Call for the strike was given by the All Parties Hurriyat Conference Chairman, Syed Ali Gilani, Mirwaiz Umar Farooq-led Hurriyat forum, the Jammu and Kashmir Liberation Front and other pro-freedom leaders and organizations.

Maqbool Butt was hanged in New Delhi’s Tihar jail on this day in 1984 for his active role in pro-freedom activities and was buried in the jail premises.

Indian authorities imposed strict restrictions to prevent anti-India protests. The troops were deployed at all entry and exit points while the roads were blocked with barricades.

Scores of women and children defying curfew and other restrictions assembled in Trehgam area of Kapwara district, the hometown of Muhammad Maqbool Butt, and staged anti-India protests.

Several people were injured when the troops opened fire on protesters and many others arrested by the troops.

Rallies and functions were also held in different areas of Azad Kashmir, Gilgit Baltistan, Islamabad and capitals of some European countries including Brussels and London to pay tributes to Muhammad Maqbool Butt.

Meanwhile, normal life continued to remain paralyzed in the Kashmir Valley due to the military lockdown and suspension of internet on 191st consecutive day, today.