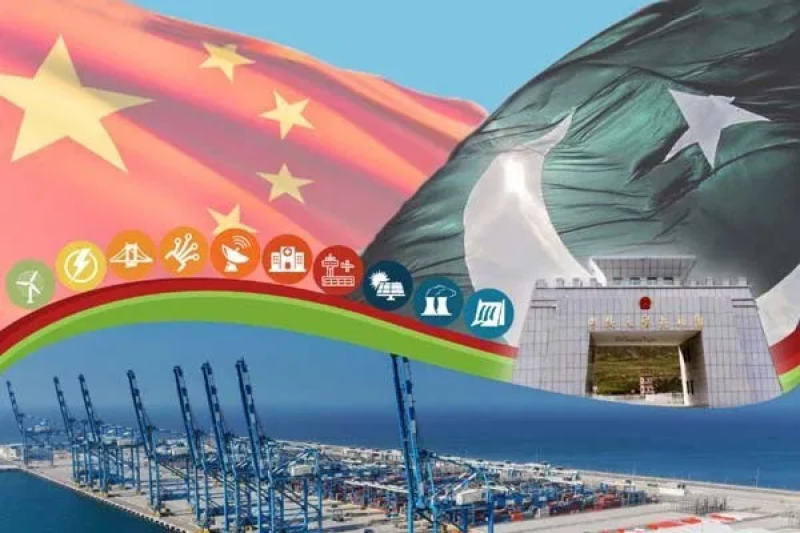 BEIJING - A Chinese scholar believed that the completion of the second phase projects under China-Pakistan Economic Corridor (CPEC) would bring a huge number of employment opportunities, promote the industrialization and modernization of the nation, and substantially improve the livelihood and well-being of the Pakistani people.

He said : “So far as I know, the first phase of the CEPC has been successfully completed. Now China and Pakistan are committed to comprehensively promoting the development of the second phase projects, focusing on the construction of the nine special economic zones.Prime Minister Imran Khan had instructed the relevant ministries to formulate the objectives and ensure coordination so as to complete the second phase projects as soon as possible.”

This was stated by Cheng Xizhong, Special Commentator of China Economic Net, Visiting Professor at Southwest University of Political Science and Law in a statement here on Tuesday.

He said currently, China was in a special period to combat the novel coronavirus epidemic and added that Prime Minister Imran Khan said that Pakistan highly appreciated and firmly supported China’s efforts to fight the epidemic, thanks the Chinese side for providing help to Pakistani citizens in China, firmly believes that China would overcome the epidemic with its unique institutional superiority, and was willing to mobilize all existing stocks in Pakistan to provide medical supplies to China. Imran Khan also said that the Pakistani people stand firmly with the brotherly Chinese people, he added.

Ms. Naghmana Hashmi, Ambassador of Pakistan to the People’s Republic of China reiterated that Pakistan would not evacuate Pakistani citizens because of the outbreak of the novel coronavirus epidemic.

The outbreak of the novel coronavirus epidemic in China had never been seen before in terms of severity. Chinese leaders attach great importance to it. The whole nation was now highly united. The Chinese People’s Liberation Army and medical workers were fighting in the front line. Now, the people’s war of prevention and control of the epidemic is getting positive results.

The United Nations and various countries around the world paid close attention to this serious pneumonia epidemic in China. They not only highly praised the strong measures taken by the Chinese government to fight the epidemic, but also were providing assistance to China.

Pakistan was a friendly neighbor of China, and the “iron brothers” relationship between the two countries could best be reflected when they encounter major difficulties.

In the case of this extremely serious epidemic in China, Pakistan’s government, military and people’s attention to the epidemic in China and their selfless support for China’s fight against the epidemic were commendable, once again reflecting the special friendly relations between China and Pakistan and the profound friendship between the two peoples.

About effect of the epidemic on the development of the China-Pakistan Economic Corridor, he believed that the epidemic would not last for a long time and the difficulties would be eventually overcome.

“Therefore, after a period of time, the construction of the CPEC will continue to advance smoothly as planned.”