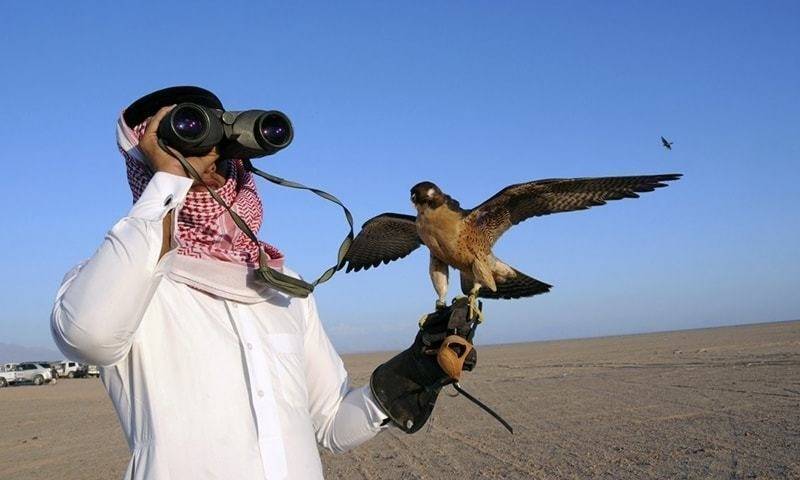 Seven Qatari nationals, including four members of the royal family, were arrested for attempting to enter Nushki for hunting houbara bustard without permission of the Foreign Office.

Qatari nationals were travelling towards Nushki on Monday evening when they were intercepted and taken into custody by Levies personnel at Galangoor checkpoint on the Quetta-Nushki highway.

Nushki Deputy Commissioner Abdul Razzaq Sasoli confirmed the arrest of the Qatari nationals. He said they were clad in local dresses in a bid to dodge security forces, but the Levies officials intercepted them at the checkpoint.

“The Qatari nationals, including four members of the royal Qatari ruling family, were entering the area for hunting of houbara bustard without having proper hunting licence which is issued by the Foreign Office,” Mr Sasoli said.

He added that the personnel handed over the custody of the seven Qataris to the officials of the wildlife department.