Pakistan not ruling out possibility of Military tension with India over Occupied Kashmir
11 Aug, 2019 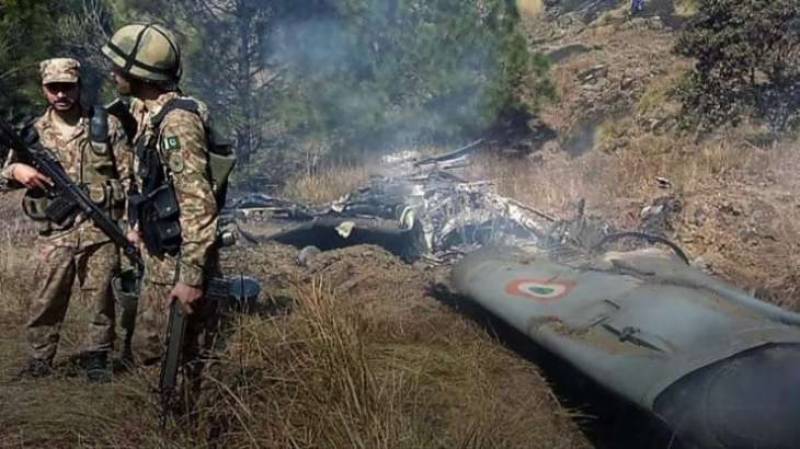 MOSCOW Sputnik -Pakistan link is not ruling out the possibility of military tensions with India link similar to those in February link in the wake of India link decision revoke a special status of Jammu link and Kashmir, Pakistan link Ambassador to Russia link Qazi Khalilullah told Sputnik in an interview.

Earlier this week, the Indian link government link its decision to strip Jammu link Kashmir of its special status and split link it into two union territories, prompting an outraged reaction from link link. Prior to the most recent spike in tensions, relations between the two nations deteriorated dramatically back in February link when India link carried out an airstrike in the Pakistani-controlled part of Kashmir after a terrorist link attack link in Jammu link and Kashmir's Pulwama district.

"Our neighbor is unpredictable. So we have to remain ready to face any kind of situation ... We also do not rule out the possibility that India link might stage another Pulwama-style incident to malign Pakistan link," Khalilullah said.

The diplomat noted, however, that Islamabad link was pursuing a diplomatic approach to the latest developments around Kashmir.

"Pakistan link is a peace-loving country. We have a vision of a peaceful neighborhood. We want to resolve all link disputes, including the Jammu link and Kashmir [dispute] with India link through dialogue. Right now our focus is on diplomatic, political and legal options ... We do not want to go towards a military option," Khalilullah said.

The Kashmir region has been fought over between India link and Pakistan link since the end of British rule in the region in 1947. Following several armed conflicts, the two countries agreed to a ceasefire in 2003. Since, both sides have repeatedly accused each other of violating the truce, with continued instability in the region leading to the emergence of various extremist groups.

The tensions escalated dramatically after a February link 14 terrorist link attack link on an Indian link military convoy in Jammu link and Kashmir's Pulwama district in which more than 40 people were killed. The Pakistan-based terrorist link group Jaish-e-Mohammad claimed responsibility for the attack link.

Later in February link, India link carried out an airstrike in the Pakistani-controlled part of Kashmir, targeting what it said was a training camp belonging to the terrorist link.