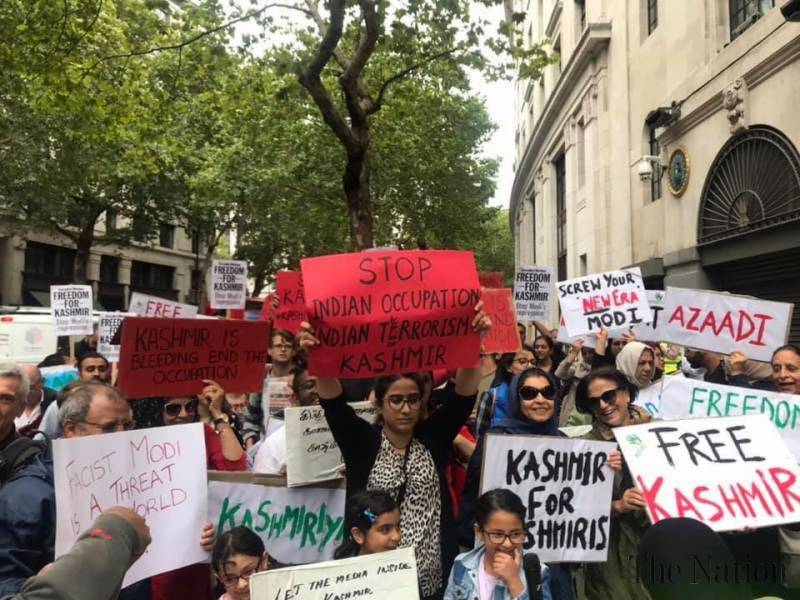 ISLAMABAD - Hundreds of protesters gathered outside Indian High Commission in London on Saturday, to express their anger at the Indian government's revocation of special status for Kashmir.

Protestors in United States took over Times Square in New York City to protest against the growing atrocities in Kashmir caused by the Indian government.

The region has also been flooded with security forces, the internet has been largely cut off, and activists have reported a crackdown on the residents of the disputed valley.