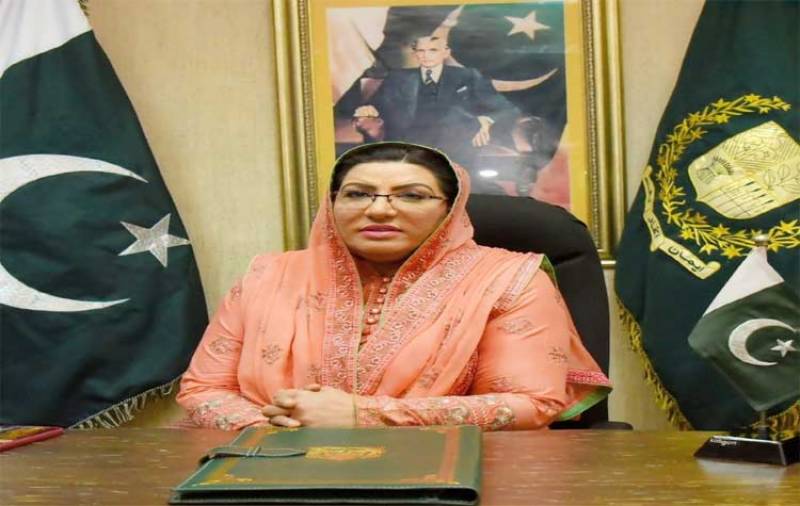 Special Assistant to the Prime Minister on Information and Broadcasting Dr. Firdous Ashiq Awan says the government will observe Independence Day as Kashmir Solidarity Day and 15th of this month as Black Day in a befitting manner.

Addressing a news conference in Sialkot on Saturday afternoon, she appealed to the nation to actively participate in the rallies and other programmes on Wednesday and Thursday to demonstrate solidarity with the Kashmiris of Indian occupied Kashmir.

The Special Assistant said the real face of Indian Prime Minister Narendra Modi, who has tried to change the special status of Occupied Kashmir through a nefarious act, should be exposed to the world.

Firdous Ashiq Awan said Pakistan has decided to go to the United Nations on the recent move by the Indian government regarding Kashmir.

She urged the world nations to come forward and support the oppressed, who have been denied all the rights and are being subjected to the worst human rights violations.

She thanked China for supporting Pakistan's stance on the issue, opposing unilateral change of the status of Occupied Kashmir by India.

She said Occupied Kashmir remains under curfew and people have no internet facility.

The Special Assistant said Prime Minister Imran Khan will make Pakistan the Quaid's Pakistan, changing the country with his vision and support of people.

She said the business community will be fully facilitated and all the hurdles in ease of doing business will be removed.

In a series of tweets today, she said China has again supported Pakistan's stance on Kashmir issue and proved that it always stands with truth and uprightness.

The Special Assistant said the friendly and close relations between Pakistan and China demanded that Pakistan should take its friend into confidence over the nefarious act of Narendra Modi.

She said China is an emerging world power, and we thank our all-weather friend for backing Pakistan's stance in support of the oppressed Kashmiris in occupied Kashmir.