Former US General cautions US over withdrawing troops from Afghanistan
11 Aug, 2019 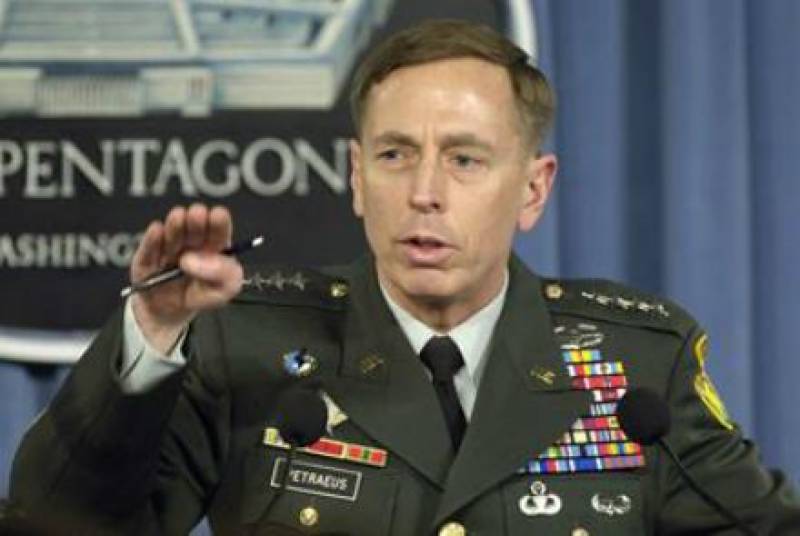 WASHINGTON - Former US General cautions US over withdrawing troops from Afghanistan.

A retired US Army general David Petraeus has suggested that the United States should not abandon Afghanistan as it did Iraq by withdrawing all its troops from the country.

In an article link in the Wall Street Journal and co-written by Vance Serchuk, an adjunct senior fellow at the Center for a New American Security, Mr. Petraeus says the history should not be repeated in Afghanistan and that leaders in Washington must proceed with caution.

Mr. Petraeus, who has served as commander of US Central Command and of coalition forces in Iraq and Afghanistan and as director of the Central Intelligence Agency, says that a complete military exit from Afghanistan today would be even more ill-advised and risky than the Obama administration’s disengagement from Iraq in 2011.

His comments are expressed at a time that the US is negotiating a withdrawal of its troops from Afghanistan with the Taliban in Doha.

A senior member of the Taliban, Mullah Khairullah Khairkhwah, said on Friday that the US and the Taliban negotiators will likely sign the much-awaited peace agreement after at the end of this week.

Mr. Khairullah said the talks between the US and the group will continue after Eid al-Adha which ends on August 13.

He said that the peace deal between the US and the Taliban will be signed in the presence of representatives of the UN the Islamic Organization and regional countries after the return of the US Special Envoy Zalmay Khalilzad to Doha after Eid (August 14).

Mr. Khalilzad has said that the US is seeking a peace deal which will facilitate a conditions-based withdrawal of American forces from war-ravaged Afghanistan.

But, Mr. Petraeus describes Afghanistan’s situation as complicated due to the presence of “20 foreign terrorist organizations, including al Qaeda and Daesh”, who “will not join a peace deal”.

US President Donald Trump in many occasions in the last few months has mentioned that he will withdraw his troops from Afghanistan as he has spent billions of dollars for the longest war in US history.

Mr. Petraeus says that “the idea that the US can leave if the Taliban promise to combat rather than conspire with these groups is wrongheaded”.

He says that the Taliban have clearly indicated what they will try to do once US forces are gone: overthrow the Afghan government and reimpose medieval rule.