Diplomatic efforts being made to resolve occupied Kashmir issue as per UN charter: Maleeha Lodhi
11 Aug, 2019 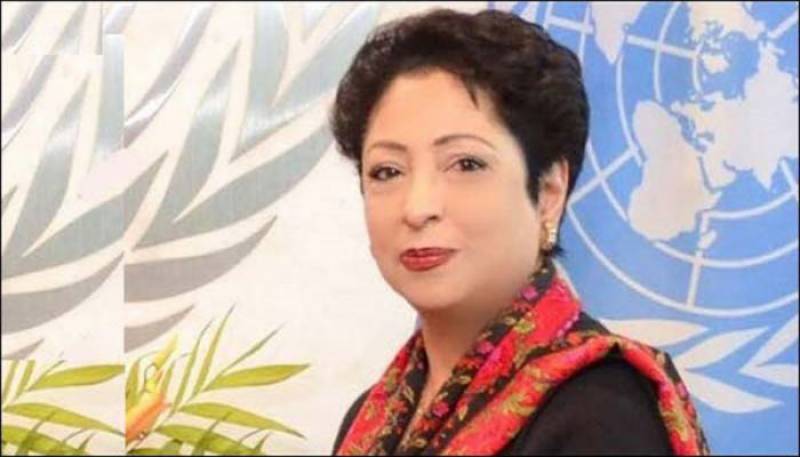 ISLAMABAD: Pakistan’s Permanent Representative to the UN, Dr Maleeha Lodhi on Saturday said step by step diplomacy was being put in place to address the long standing issue of occupied Kashmir.

Talking to a private news channel, she said occupied Kashmir issue should be resolved as per charter of the United Nations, and that the Kashmiris' struggle for right to self-determination was part of that charter.

Commenting on the recent visit of Foreign Minister of Pakistan, she said Shah Mehmood Qureshi had made a successful visit to China and discussed the current situation in Indian occupied Kashmir.

India had committed violations of the UN resolutions on occupied Kashmir, besides sabotaging peace efforts made by Pakistan for the regional peace, she added.

In reply to a question, Pakistan’s permanent representative to the UN said international media was vibrant and focusing on this emerging issue of occupied Kashmir.

As per the UN charter and clauses, India could not amend the status of occupied Kashmir, she said.

Maleeha added that occupied Kashmir was a disputed territory between Pakistan and India, and the issue should be resolved according to the UN resolution and the wishes of the Kashmiri people.