2.5 Million Hujjaj moved to Mina after Eid prayers for stoning of Satan
11 Aug, 2019 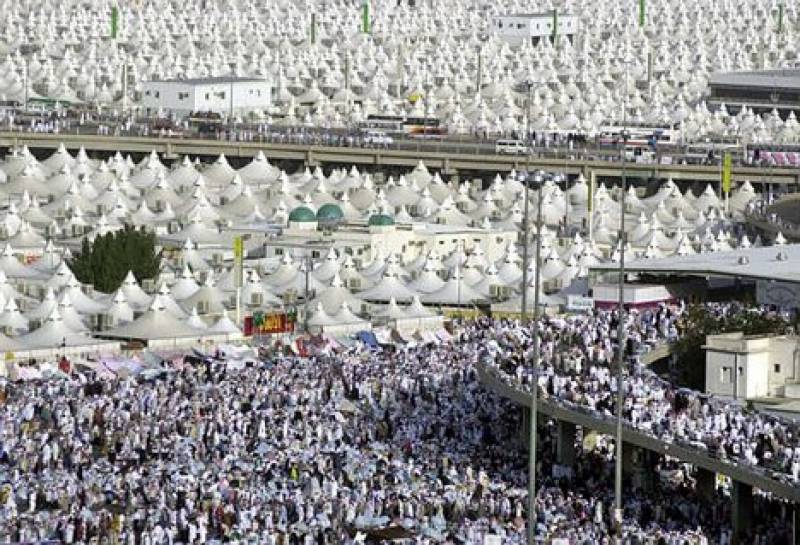 ISLAMABAD - Around 2.5 million Hujjaj, who spent night under open sky in Muzdalfa moved to Mina after Eid prayers on Sunday morning.

At the dawn of the first day of Eid al-Adha - the third day of Hajj, Hajj pilgrims sacrified animals and walked together to Jamarat Al-Aqaba in Mina.

It is at this site the pilgrims throw seven pebbles at a wall in a ritual that symbolizes the stoning of the Satan.

There are three pillars at the site – only one was open on Sunday – the other two will be opened for the ceremony over the following two days.