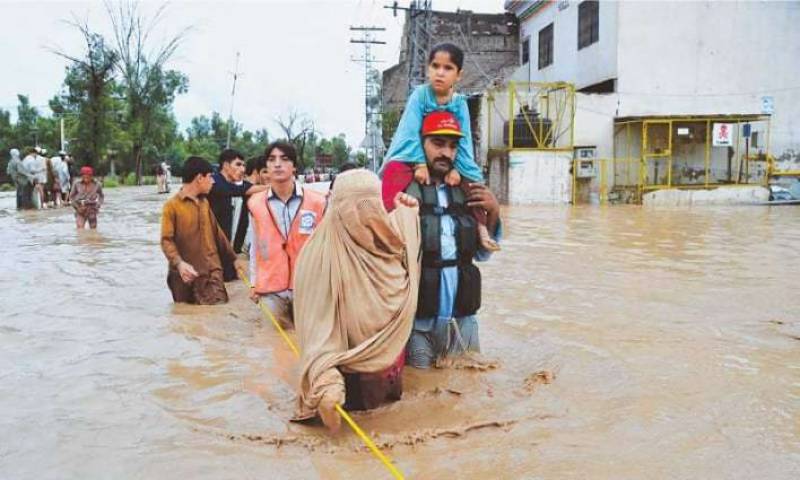 The report said that in addition to the above suspension bridge connecting Shagram Bala and Shagram Payeen washed away by flash flood water also standing crops and trees in Nisur Gol Parwak area got destroyed with 1 house partially damaged in Village Miragram No. 2.

It also added that on 9the August, due to heavy rains 1 house partially damaged was reported in Tehsil Dagar, District Buner.

The road situation according to the report in Gilgit Baltistan (GB) claims on 8th August, due to mud flow and landslides, Karakoram Highway (KKH) was blocked at different locations in District Gilgit, Hunza and Chilas area.

One way road is open for traffic at all locations; however, work is in progress to clear the road completely by FWO and District Administrations.

The Shimshal Valley Road at Phurjrik has been cleared and opened for traffic while rehabilitation work is in progress bu district administration on the Road to Batswat village, Tehsil Ishkoman, District Ghizer.

All other roads and railway routes across the country are clear, the report said.