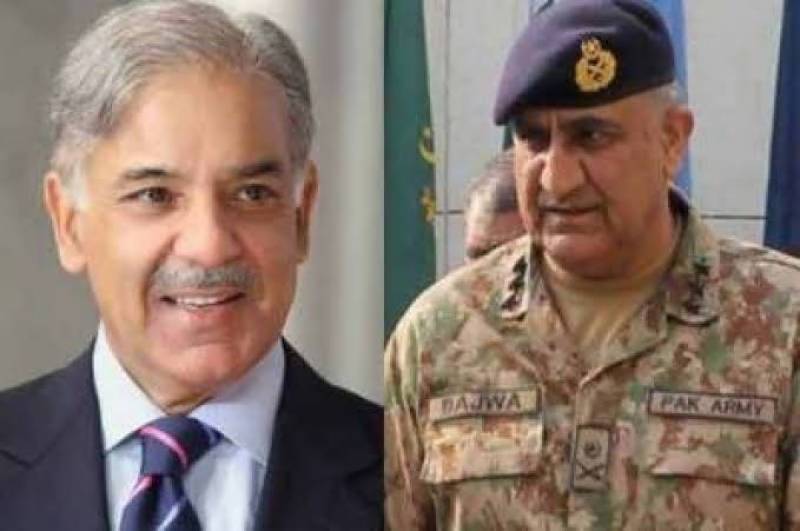 Pakistan lawmakers are set to vote in opposition leader Shehbaz Sharif as the next prime minister after former cricket star Imran Khan was ousted in a no-confidence motion that ended his four-year run.

A united opposition bloc cobbled together 174 lawmakers to vote against Khan after midnight Sunday in Islamabad, two more than required to remove him from office. Parliament convenes again on Monday to pick his replacement, which will almost certainly be Sharif and who has a more friendly relationship with the army.

Khan’s ouster came after a fallout with Pakistan’s army over a range of issues, including interference in military promotions, his rocky relationship with the U.S. and management of the economy that saw inflation rise at the second fastest pace in Asia. Pakistan’s military has ruled the country for almost half of its 75-year history, and no prime minister has completed a full term in that time.

“No top Pakistani opposition leader has a closer relationship with the military than Shehbaz,” said Michael Kugleman, senior associate for South Asia at the Washington-based Wilson Center. “He has avoided confrontational positions toward the military and tried to stay above the fray, and this has helped him enjoy a favorite son status.”

A jubilant Sharif told lawmakers that “a new morning is beginning” after the no-confidence results were declared. “The prayers of millions of Pakistanis have been heard,” he said.

Sharif, the younger brother of three-time premier Nawaz Sharif, is known to be an efficient administrator that pushed ambitious infrastructure projects when he was chief minister of Punjab. He was also the go-between his brother and the army, who had many public spats.

The political shakeup in the world’s fifth-most populous nation is likely to immediately rebalance Pakistan’s foreign policy more toward the U.S. and Europe. Khan had shifted Pakistan closer to Russia and China, and sought to sabotage the no-confidence vote by claiming the Biden administration conspired with the opposition to remove him from power.

A Sharif-led government is also likely to help secure about $3 billion left from an International Monetary Fund loan needed to bolster foreign reserves and the currency. The rupee is trading near a record low against the U.S. dollar and foreign currency reserves have dropped to the lowest in about two years, enough to cover a couple months of imports. The central bank surprised analysts last week with the biggest rate hike since 1996.

While he has yet to comment on the results of the no-confidence vote, Khan has shifted to pressuring Sharif and his allies to call snap elections before the term expires in August 2023 deadline. Khan and his Pakistan Tehreek-e-Insaf lawmakers will resign from the National Assembly after the new prime minister is sworn in, according to a tweet from Chaudhry Fawad Hussain, a close associate and member of parliament.

“It is the first time in our country that one-third of the parliament will resign. It will weaken the parliament,” said Zafar Nawaz Jaspal, a professor with the School of Politics and International Relations at Quid-i-Azam University. “By-elections may be called, maybe national elections.”

Khan, who enjoys support from a wide section of Pakistani society, has called for peaceful protests across the country after evening prayers on Sunday.

In a sign that the nation remained on edge, Pakistan’s military denied a BBC Urdu report that Khan sought to remove a senior army official before the no-confidence vote, calling it “totally baseless and pack of lies.” Reuters separately reported the no-confidence vote went ahead after Army chief Qamar Javed Bajwa met with Khan.

This has been a stunning reversal for Khan, who came to power in 2018 with a pledge to look into the country’s soaring debt and start an accountability program. It was widely thought until recently that Khan was fully backed by the military, which had also helped him survive several previous moves by opponents to remove him from power.

Khan didn’t go quietly with this latest attempt. Last weekend, his party shocked Pakistan when one of his allies canceled the no-confidence vote over the foreign interference claims, after which Khan quickly called an election. Pakistan’s opposition called the move treasonous, as the constitution doesn’t allow parliament to be dissolved during a no-confidence debate.

Pakistan’s Supreme Court later rejected Khan’s rationale for scrapping the vote and ordered for the motion to proceed on Saturday. During the parliament session, Khan’s party triggered multiple adjournments by repeating claims without showing evidence that the U.S. wanted to oust his government — an allegation the Biden administration has denied.

When the vote finally took place, opposition lawmakers cheered and clapped as the numbers were called out. Television channels showed opposition party flags being waved on the streets and celebratory fireworks and gunfire sounded in Karachi and Islamabad.