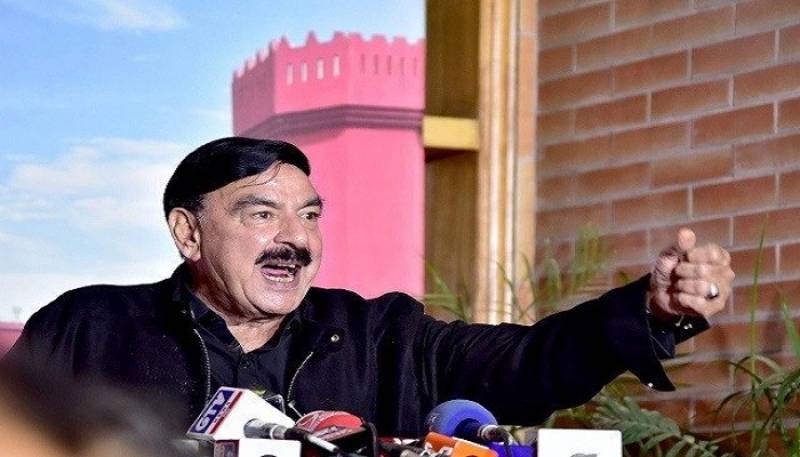 He made the announcement while addressing a charged crowd outside Lal Haveli in Rawalpindi on Sunday night.

While he was addressing the crowd the slogans were chanted “Chowkidar Chore Hay”.

Sh Rashid had to request the charged crowd not to chant such slogans.

Sheikh Rashid vowed that he would unite the whole nation in support of Imran Khan.

He also announced that he would visit Sindh and tell the Sindhis that the PPP is a thief and corrupt party.

He, who is sitting in London, used to abuse the armed forces is a traitor to Pakistan, added Sheikh Rashid

Shehbaz Sharif, who is facing serious corruption charges in courts, is going to become Prime Minister of Pakistan, which is very unfortunate for the country.

He asked the workers to get ready that the circumstances would change this month.

He demanded immediate new elections otherwise the country cannot run in this way, adding that a situation like civil war had been created in the country.

He said that he again asked Imran Khan to resign from National Assembly collectively and launch a full-scale public campaign against the upcoming corrupt government.

He lambasted the Election Commission of Pakistan for announcing that it would not be able to hold general elections before seven months.