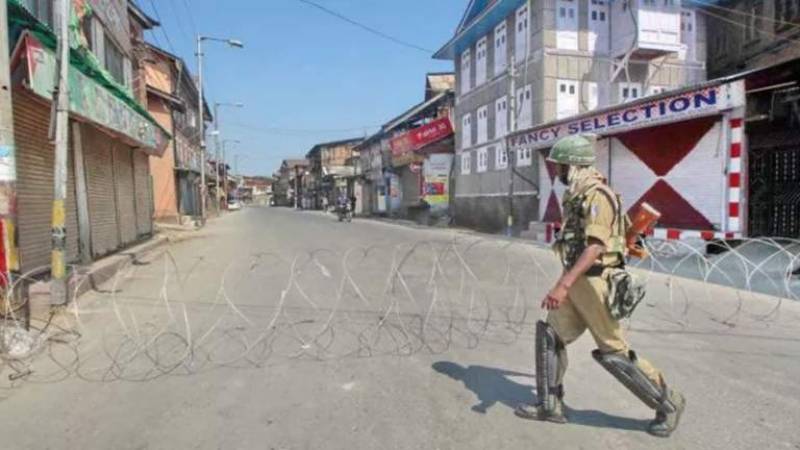 SRINAGAR – A complete shutdown is being observed today in occupied Kashmir, on the first phase of the so-called Indian parliamentary elections as well as brutal measures against the Kashmiri people and their leadership.

The JRL in a statement said that the strike is aimed to protest against the “National Investigation Agency (NIA) aggression which includes the shifting of JKLF Chairman Muhammad Yasin Malik to Delhi’s Tihar jail under the pretext of questioning by the NIA, rigorous questioning of Mirwaiz Umar Farooq at NIA headquarters in Delhi and sustained interrogation and repeated summoning of two sons of APHC Chairman Syed Ali Gilani to Delhi by NIA.”

The shutdown is also being observed against the closure of Kashmir’s main highway for civilians and a recent attack by Indian police and forces on inmates in Srinagar Central Jail.

Indians started voting on Thursday in the first phase of a huge general election, with Prime Minister Narendra Modi gunning for a second term.

Voting in the first of seven rounds is being held in 91 parliament constituencies across 20 states and federally administered regions. There are 543 seats at stake.

The main opposition Congress party is trying hard to defeat the BJP over its record on the economy. The opposition has looked for allies among regional parties.