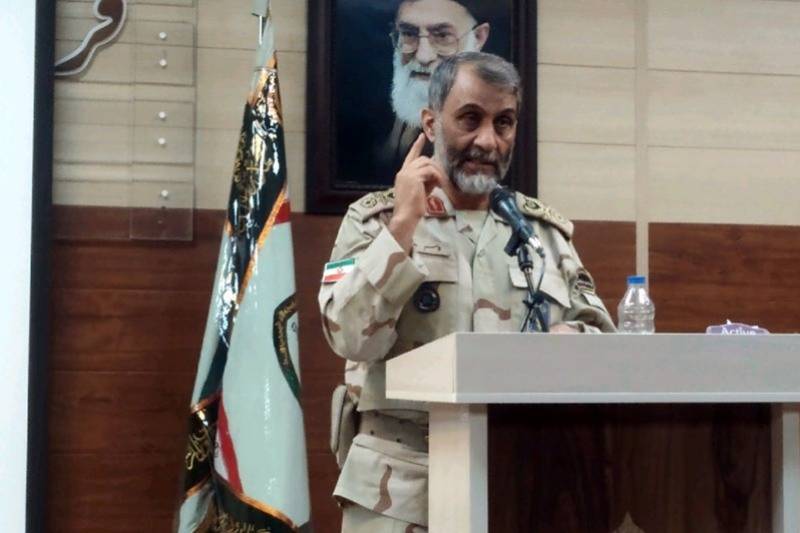 Zahedan, April 10, IRNA - The Border Guards Commander of Iran's Police Force said two of the Iranian border guards, who remained captured by the terrorists group in Pakistan, are in good health and the talks on necessary follow-up for their release are continuing.

At a news conference in Zahedan, referring to the enhancement of communications and coordination with the Pakistani state on border control, Brigadier General Qassem Rezaie said on Wednesday, 'In the past few years, we have had a good and progressive interaction with Pakistan, which has promoted favorable relations with this neighboring and friend country.'

The Border Guards Commander went on to say, 'Today, the Pakistani government, the army and security forces are working to organize border issues and have a positive role in the field.'

Referring that border control programs continue vigorously, he made the remark, 'In the field of border control and security, in recent years, many good measures have been done, including creating dykes, channels, walls and physical barriers that are highly appreciated and influential.'

Rezaei spoke of some people's opposition to the border wall, and stated, 'This project has been implemented correctly through the expert work and in accordance with the security of the region, so those who speak about the removal of the wall are those who do not have enough knowledge about this issue, or are smugglers and mercenaries.

He added, 'The border is one of the best opportunities in the region, which can play a very positive role in border markets.'