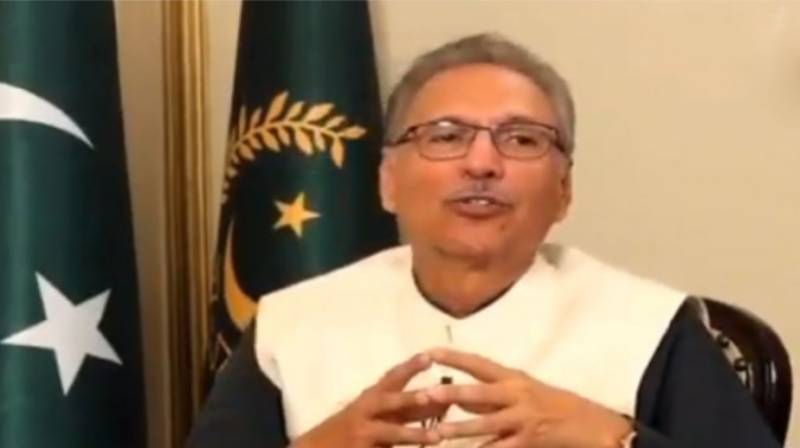 ISLAMABAD: Raising suspicions regarding PTI’s alleged foreign conspiracy, President Arif Alvi said on Monday that he was not convinced that a conspiracy was hatched to oust PTI government.

During the interview today, Alvi said: “I sent that letter [cypher] to Chief Justice of Pakistan Umar Ata Bandial. I am not convinced on the fact that a conspiracy was hatched. But I have my doubts [and] there must be a probe into the matter.”

“I also said that you won’t get a smoking gun on it,” Arif Alvi further stated.

Ever since his ouster, Imran has said that the no-confidence motion against him was part of a foreign conspiracy.

Earlier, the National Security Committee (NSC) said that “there has been no foreign conspiracy” to oust Imran Khan’s government.

The 38th NSC meeting, after reviewing the contents of the communication reaffirmed the decisions of the last NSC meeting link (during former PM Imran Khan’s government).