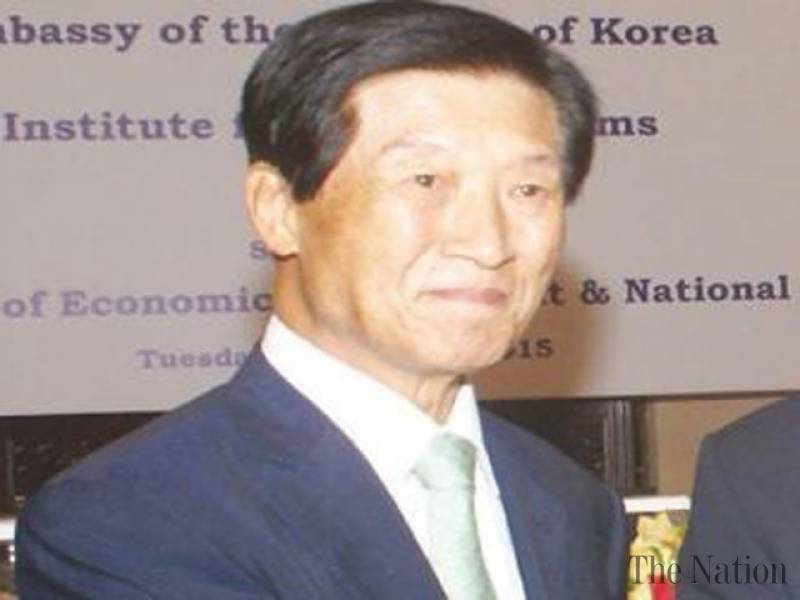 He said that collaboration regarding small water reservoirs could be initiated with Pakistani institutions that would help address the issue of water.

He said that enhanced collaboration would help fight the challenges especially in agriculture. He also discussed special economic zone for greater cooperation. He lauded the steps being taken on the part of UAF for the uplift of agriculture and education sectors.

The former Korean envoy called for further cementing ties to create new business and investment environment and get benefit from each other experiences. He said that food security and rural development were the more important, helping the nations alleviate poverty.

He said that Korean rural development model Saemaul Undong, launched in 1970 could be replicated in Pakistan. He added that the Saemaul Undong spirit was based on diligence, self-help and cooperation amongst farmers.

UAF Vice Chancellor Prof Dr Iqrar Ahmad Khan stressed the need for learning from the Korea experiences. He said the UAF had the waste range of work on the water management and collaboration with Korean institutions would further enhance the works.

He stressed the need for promoting the education and rural development. He said that Pakistan had large population of youth and if they were trained and provided quality education and skill the country could overcome the challenges of the poverty, unemployment and low per capita income.