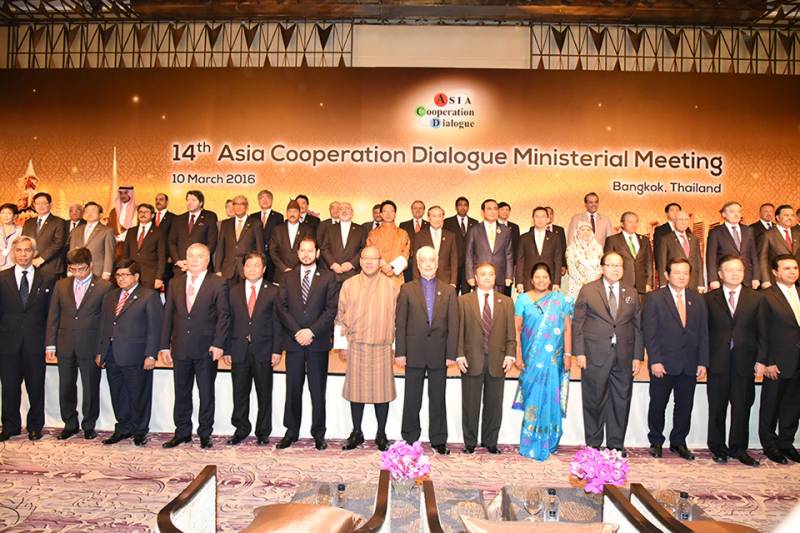 The ACD is a forum of 34 Asian countries, which aims to strengthen regional cooperation by incorporating Asian economies, based on strengths and diversity of Asian resources and to form a single Asian Community for socio-economic uplift.

The ACD was born in 2002 and convened its first Summit in 2012 in Kuwait. Pakistan is one of the founding members of ACD.

While addressing the 2nd ACD Summit, the Adviser highlighted the Government's efforts for strengthening and reviving the national economy which has started showing positive results and measurable rebound, a press release issued by the Ministry of Foreign Affairs here said.

The Adviser also ensured Pakistan's cooperation as prime mover for leading the ACD priority area in regional connectivity, with other member States, in addition to extending cooperation in the area of culture and tourism.

In conclusion, the Summit adopted three outcome documents i.e. Bangkok Declaration, the Vision for Asia Cooperation 2030, and ACD statement on reigniting growth for partnership for connectivity.