Yet another big achievement for Pakistani batsman Mohammad Rizwan
10 Nov, 2022 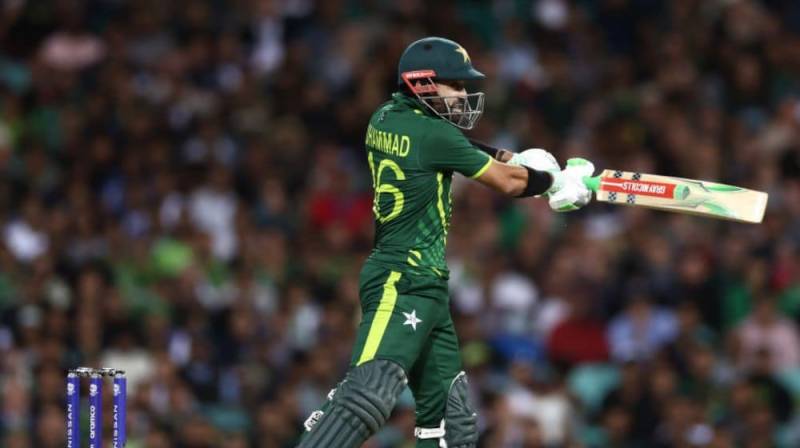 Pakistan’s wicket-keeper batter, Mohammad Rizwan, has joined the list of batting greats after winning another man of the match award in the first semi-final of the ongoing T20 World Cup 2022 in Australia.

The right-handed opener was awarded player of the match after registering his first half-century of the marquee event against the Kane Williamson-led New Zealand at the Sydney Cricket Ground.

The 30-year-old cricketer scored a fantastic innings of 57 runs off 43 balls, including seven boundaries to help his side chase down 153 runs against the Black Caps. He also stitched a 105-run partnership with Babar Azam.

The Peshawar-born batter has now been named player of the match 11 times, propelling him to the fourth spot on the list of most such awards.