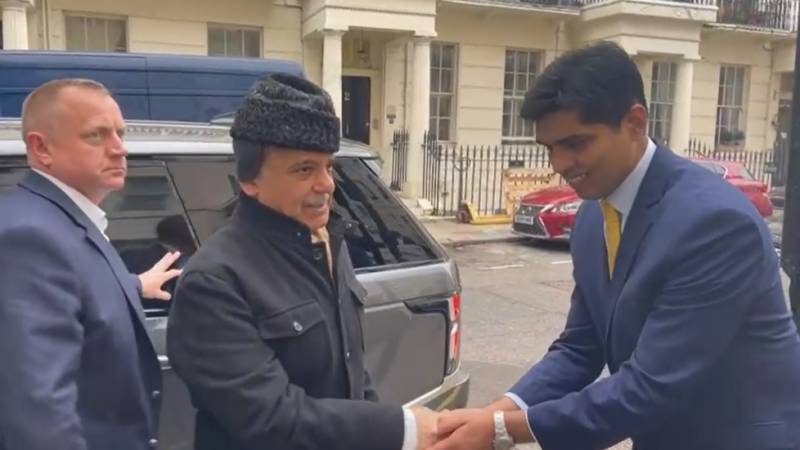 The channel report said that Maryam Nawaz Sharif and Hussain Nawaz were also present in the office with the party supremo to discuss the current situation in Pakistan.

The PML-N leader and Federal Defence Minister Khawaja Asif and legislator Malik Ahmad Khan welcomed PM on his arrival to the office in London.