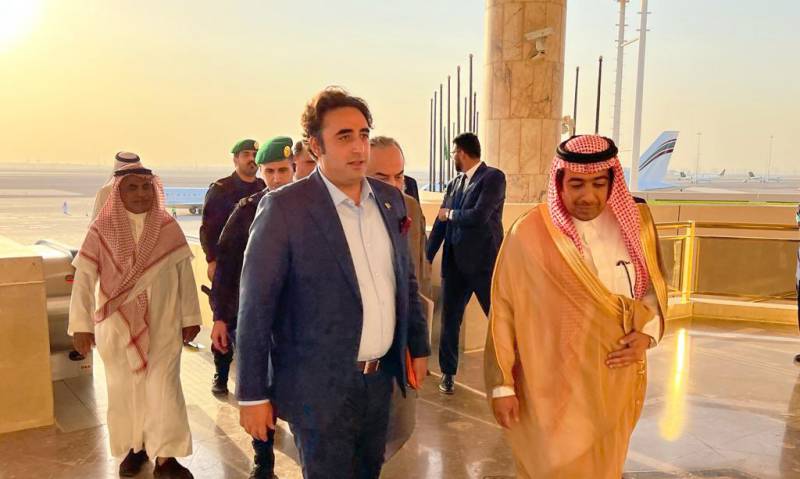 ISLAMABAD – Foreign Minister Bilawal Bhutto has reached Riyadh on a two-day official visit to the Kingdom to co-chair the Joint Sub-Committee meeting of the Political and Security pillar of the Saudi-Pakistan Supreme Coordination Council (SPSCC).

FM will also call on the Secretary General of the GCC during his official visit and will interact with the local media and other dignitaries of the Kingdom.

The Honorable Foreign Minster of Pakistan HE @BBhuttoZardari link has arrived in Riyadh for a two day visit to the Kingdom of Saudi Arabia. During his visit, he will have several important engagements including meeting with his Saudi counterpart HH @FaisalbinFarhan link. ???????????????????? pic.twitter.com/XkOK6i2LBy link — Pakistan Embassy Saudi Arabia (@PakinSaudiArab) November 9, 2022 link

It further maintained that the visit of the Foreign Minister will further deepen Islamabad’s engagement with Riyadh for enhancing mutually beneficial cooperation between the two sides.

Pakistan’s Foreign Minister visited the Arab nation ahead of a crucial visit by Saudi Crown Prince and Prime Minister of the Kingdom Mohammad bin Salman who is expected to visit the South Asian country later this month.

Earlier this month, a meeting of the Joint Working Group of the Political and Security Pillar of the Saudi Pakistan Supreme Coordination Council (SPSCC) was held in the federal capital Islamabad which was co-chaired by Acting Foreign Secretary of Pakistan, Jauhar Saleem, and Deputy Minister for Political Affairs of the Kingdom of Saudi Arabia.