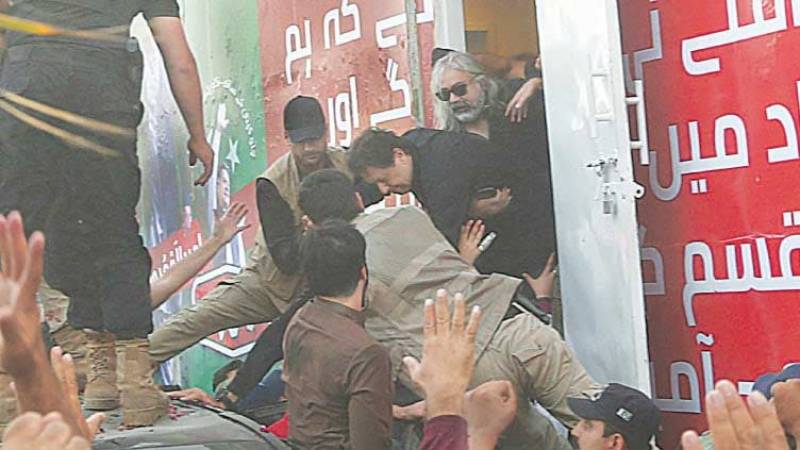 A A meeting of the Pakistan Tehreek-e-Insaf (PTI) presided over by former prime minister Imran Khan on Wednesday demanded that the assemblies should be dissolved for early elections to pave the way for immediate elections in all four provinces.

During the meeting, matters pertaining to country’s overall political situation, next phase of Haqiqi Azadi March and other important issues came under discussion.

During the meeting, Punjab Home Advisor Umar Sarfraz Cheema presented the preliminary forensic report regarding the Wazirabad attack to the party leadership.

Speaking to the media after the meeting, Umer Sarfraz Cheema said that the forensic report of the incident revealed that there were more than one attacker, while an attempt to create religious narrative against the former PM has completely failed.

On the occasion, PTI secretary information Farrukh Habib said that the second phase of the long march was discussed in a more than two-hour meeting and termed the attack on party chairman an attack on 22 crore people. He said Interior Minister Rana Sanaullah should be ashamed of his statements, adding that if any officer tries to covertly pressurize the investigation of this incident, will also be exposed, while the time of governor rule in the province is over, now only people s will rule.