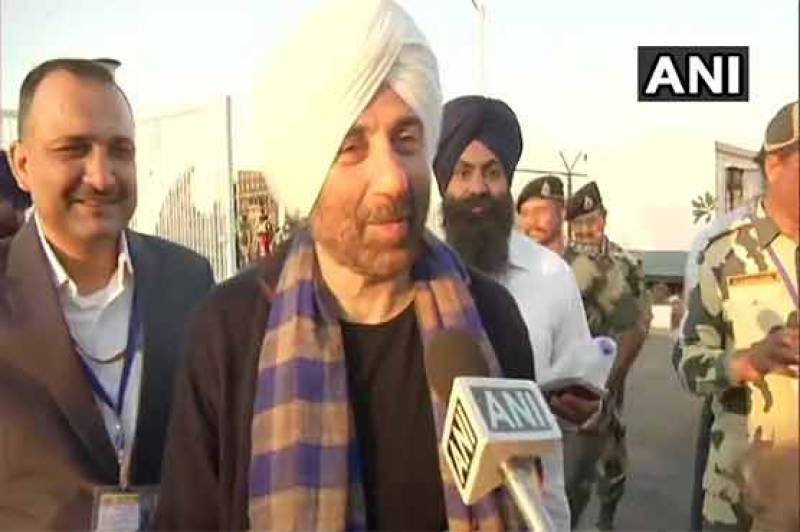 ISLAMABAD - MP and actor Sunny Deol says Kartarpur transit can improve relations between Pakistan and India. He expressed great pleasure upon arriving at the Kartarpur Corridor in Pakistan and called his visit very nice.

These views wers expressed by Indian political leader and Bollywood actor Sunny Deol. Actor Sunny Devol spoke to the media in hometown of Indian Punjab after attending the inauguration ceremony of Kartarpur transit. Sunny Deol said that his visit to Kartarpur Gurdawara in Pakistan was very nice and he was happy over the visit.

Deol said, I am very happy to visit Baba Grunanak's Gurdwara, I hope that the Kartarpur transit formed between the two countries can bring peace and reduce tension.

Earlier he had said that Kartarpur Gurdawara is my home, if I do not go there, who will go? Sunny Devol was among those who came to attend the inauguration ceremony of Kartarpur transit from Indian Punjab.

MP Sunny Deol said that it is our area and home and if they do not go there, who else will go?

Kartarpur Gurdwara district is located in ShakarGarh tehsil of Narowal, which is very close from the Indian border. About 120 km from Lahore.