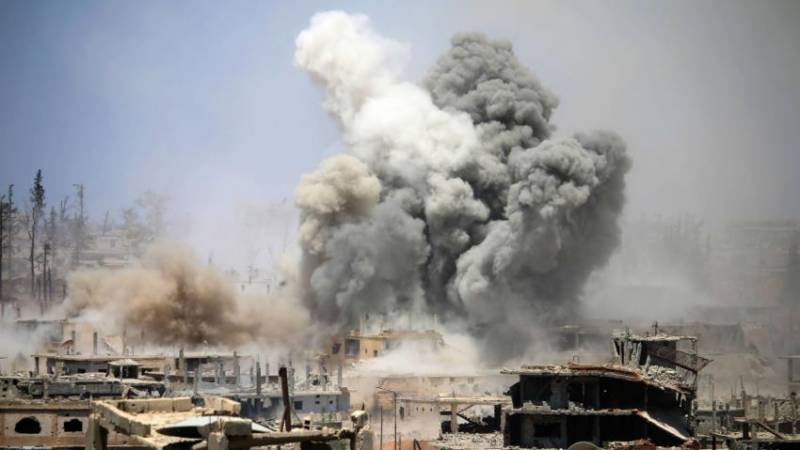 US-led coalition air strikes killed 26 civilians including 14 children in a holdout of the I.S. group in eastern Syria.

A Britain-based war monitor said, twenty-six is family members including 14 children and 9 women were killed in coalition air strikes in the town of Hajin.

It said coalition raids killed another seven civilians in the nearby village of Al-Shaafa on Thursday.

Both Hajin and Al-Shaafa are in a last pocket under is control in the eastern province of Deir Ezzor near the border with Iraq.

Since 2014 the US-led coalition has acknowledged direct responsibility for more than 1,100 civilian deaths in Syria and Iraq, but rights groups put the number killed much higher.

Syria's war has killed more than 360,000 people since it erupted in 2011 with the brutal repression of anti-government protests.