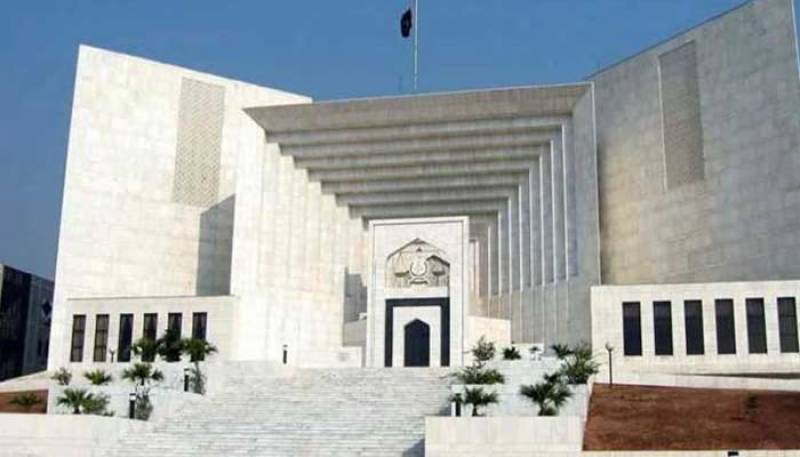 ISLAMABAD: Supreme Court (SC) would hear a suo motu case regarding the sit-in staged by the Tehreek-e-Labbaik Pakistan (TLP) at Faizabad Interchange in 2017, on November 16.

According to the Cause List, a two-judge bench comprising Justice Mushir Alam and Justice Qazi Faez Isa will hear the case.

The top court also issued notices to the respondents including, attorney general for Pakistan, interior and defence secretaries, inspector general of police and the Pakistan Electronic Media Regulatory Authority (PEMRA).

The apex court has summoned complete record of TLP's registration as a political party from the Election Commission of Pakistan (ECP).

It may be mentioned here that a year ago, the Supreme Court had taken suo motu notice of the tgree-weej long sit-in staged by TLP leaders and activists at the Faizabad Interchange, however it was called off on November 27, after protestors reached on an agreement with the authorities.