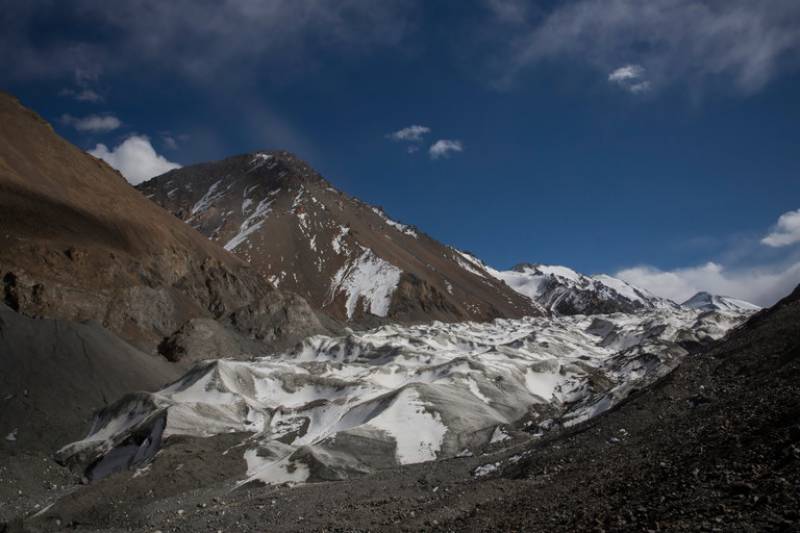 BEIJING: The ever-growing glacier retreat in Asia, including the Qinghai-Tibet Plateau, may lead to a large number of climate refugees and affect the lives of over one billion residents in countries like China, Pakistan, India, Iran, and Kazakhstan some 50 years from now, a Chinese glaciologist warned.

Yao Tandong, a glaciologist and an academician with the Chinese Academy of Sciences (CAS), told the Global Times on the sidelines of the First General Assembly of the Alliance of International Science Organizations (ANSO) in the Belt and Road Region that by around 2060 to 2070, all the glaciers smaller than two square kilometers will vanish in the Pan-Third Pole, and large glaciers will be greatly reduced in size, which would result in less water production in the region.

The 20 million-kilometer Pan-Third Pole, dubbed the Asian Water Tower, encompassing the Qinghai-Tibet Plateau and the Eurasian highlands of the Iranian Plateau, the Caucasus, and the Carpathians, hosts a substantial part of the Belt and Road region and is home to three billion people, Yao said, noting the drop in water production will threaten regional economic development.

The glacier retreat is considered the biggest threat to the Asian Water Tower, and Yao's latest research showed that it is affected by climate change with more liquid than solid water, which could bring more natural disasters such as floods.

Glaciers on the Qinghai-Tibet Plateau and neighboring regions have shrunk by 15 percent in the past half-century.

The strong ice collapse in Ngari prefecture in Southwest China's Tibet Autonomous Region buried hundreds of livestock in 2016, and more than 6,000 people were evacuated after a barrier lakeformed following the ice collapse in the Yarlung Zangbo River in Tibet in October.

To slow down the retreat, China is cooperating with more than 30 countries and regions to study the Asian Water Tower, and the CAS has established overseas research centers in Myanmar, SriLanka, and Nepal, among others.

China also plans to use satellites and remote sensing aircraft equipped with radar to estimate the water storage capacity of glaciers and monitor the plateau's environment of the Qinghai-Tibet Plateau, said Zhu Liping, director of CAS' Qinghai-Tibet Plateau Research Institute.