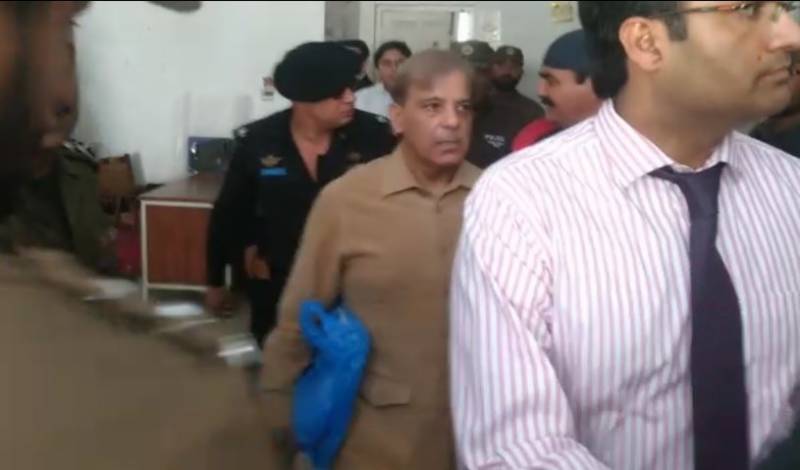 LAHORE – An accountability court on Saturday extended the physical remand of Leader of the Opposition Shahbaz Sharif until November 24.

The NAB has also arrested Shehbaz Sharif in the construction of the Ramazan Sugar Mill bridge. The file of the new case and evidence were also presented to court.

During the hearing, the NAB prosecutor contended that they could not complete the investigation due to the National Assembly session.

Shehbaz Sharif said that he takes oath that he was investigation during the production order. The counsel for Shehbaz Sharif objected to the NAB move.

Meanwhile, Shehbaz Sharif and the investigation officer had an exchange of hot words.