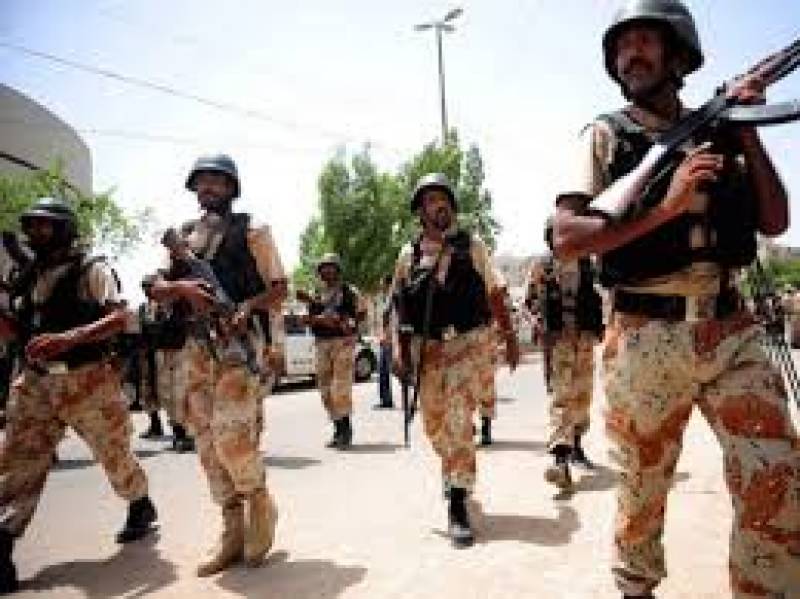 ROHRI (NNI): The Sindh Rangers claimed on Friday that three terrorists were killed in a shootout in Rohri while they were attempting to target an Imambargah.

A spokesperson of the paramilitary force said the attackers did not stop when signaled to at a checkpoint, adding that an exchange of fire ensued in which the three suspects were killed.

The spokesperson said further that two suspects attempted to blow up their suicide vests but were shot dead before they could explode.

The official said the target of the suspects was Bab-e-Karbala Imamargah.

An investigation is under way to determine the identities of the suspects, said the official, adding that they appear to be members of a banned militant outfit.

He said further that follow-up action will be taken against the outfit once investigations are complete.

Strict security arrangements are in place across the country, with mobile phone services suspended in many areas, due to the Chehlum of Hazrat Imam Hussain (RA).