Pakistan reacts at the Indian new Airbase along border as manifestation of Cold Start Doctrine
10 Nov, 2017 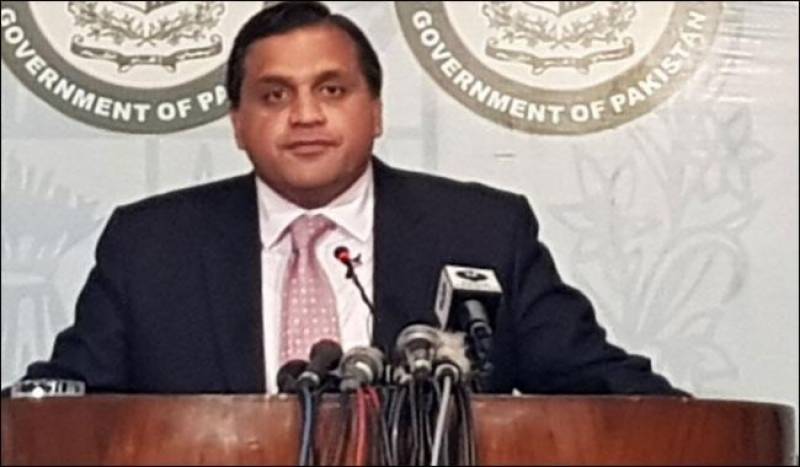 India should respond positively to Pakistan’s proposal for a Strategic Restraint Regime that can serve as the basis for enduring peace and stability in the region”, the Foreign Office spokesman told a media briefing at a time when the Modi government is planning to build a new airbase in Gujarat near the Pakistani border.

“The report about Gujrat provides credibility to the fact that India is fast developing the infrastructure and force configurations to operationalise these military doctrines. Subscribing to such offensive doctrines in a nuclearised region exposes irresponsible behaviour”, further warned the spokesman.

Pakistan stressed that the  new Indian military airbase and statements by the Indian military leadership have confirmed the existence of the Cold Start Doctrine, which only validates what Pakistan has known all along regarding India’s aggressive designs. “Military doctrines, such as Cold Start and Pro-Active Strategy, envision limited war below the nuclear threshold”, added the spokesman.

Just days after a Pakistani diplomat Nayyar Iqbal Rana was murdered by unknown assailants in Jalalabad, which the Afghan government termed a “terrorist attack”, Islamabad says for a long time there has been a nexus between RAW and terrorist networks inside Afghanistan.

“There are multiple actors active in Afghanistan and friendly relations between our two countries do not go well with certain elements. We are cognizant of such machinations and would not let such elements succeed in their nefarious intentions”, spokesman at the Foreign Office commented while mourning the untimely death of its diplomat.

“They have been involved in subversive activities inside Pakistan and also working against the national interest of Pakistan in Afghanistan”, he added.