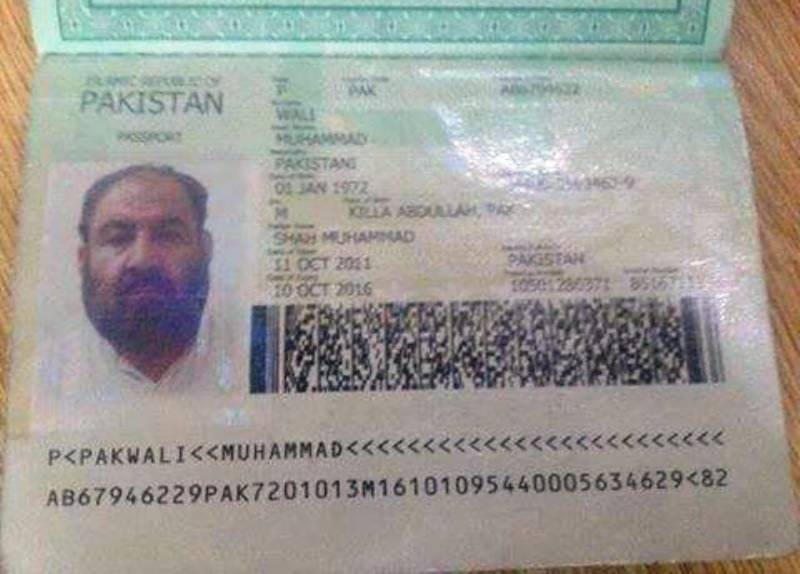 The Minister of Interior of Pakistan Ahsan Iqbal has said the Pakistani passport and National Identity Card were not issued to the ex-Taliban leader Mullah Akhtar Mansoor.

The minister on Wednesday informed the Senate in this regard through a written reply to the lawmakers.

In his letter to the Senate, the minister has reportedly said that contrary to media reports that Afghan Taliban leader Mullah Mansoor had been carrying a Pakistan passport and National Identity Card (NIC) — it had emerged that the card had actually been issued to a man named Muhammad Wali, son of Shah Muhammad.

The minister has further added that three officials from National Database and Registration Authority have been handed a major punishment as a departmental inquiry against the officials of the department completed regarding the issuance of the fake cards.

However, a Pakistani Senator Farhatullah Babar was not satisfied that action had only been taken against lower-level Nadra employees.

Mullah Mansoor was killed in an airstrike on 21st May last year as he was travelling in a vehicle with a Pakistani passport.

He was believed to be more adept at managing money and was on his way back from a visit to Iran when he was targeted by the US forces in Afghanistan with an aerial strike.