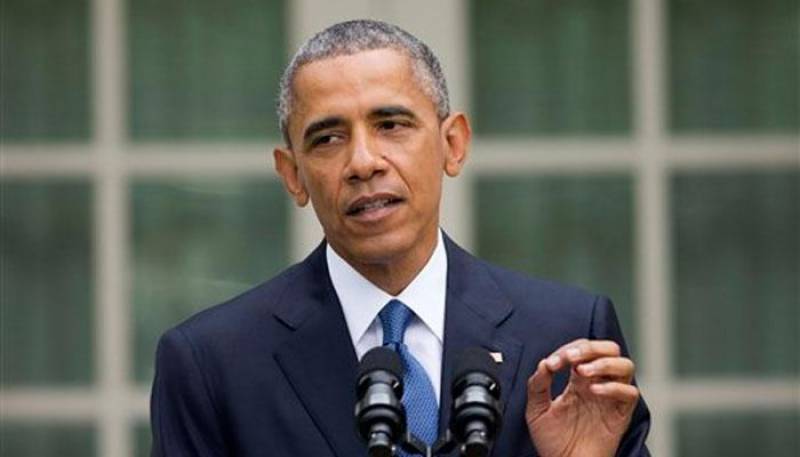 Illinois: Former US president Barack Obama answered a jury summons on Wednesday, but was dismissed soon after arriving at a Chicago courthouse to perform the civic duty asked of all Americans.

As a prospective juror, Obama joined fellow citizens at Cook County`s Daley Center courthouse, all waiting to see if they would be chosen to serve on a trial.

The former leader of the free world was the only juror to arrive by motorcade, however, accompanied by tight security and met with a throng of news media and court staff trying to snap a picture.

"He gorgeous!" one court clerk exclaimed upon spotting the former president, the Chicago Tribune reported. Potential juror Kelly Bulik told the newspaper she felt like a "piece of melting butter" as she shook his hand.

Obama thanked everyone for showing up and was surprised by some who presented him with copies of his books to sign.

"Thanks everybody for serving on the jury. Or, at least being willing to," he said to laughter.

The former law professor left by midday, along with a number of others who were randomly selected for dismissal, according to the Tribune.

Before heading to court, the former president tweeted in the morning about Tuesday night`s high-profile state and mayoral election results seen as a sweeping repudiation of the politics of his White House successor Donald Trump.

"This is what happens when the people vote," Obama wrote. "Every office in a democracy counts!"

Obama is not the first US president to show up for service that some Americans either dread or find excuses to avoid. Obama`s predecessor in the White House, George W Bush, responded to a jury summons in 2015.

Bush was not selected to serve as a juror, but images of the smiling former president posing with delighted citizens at the courthouse in Dallas, Texas quickly showed up on social media.

Chicago has some experience with high-profile jurors. In 2004, media titan Oprah Winfrey, who at the time produced her talk show out of the midwestern city, was a juror on a three-day murder trial ending in a conviction.

While the Obamas currently live in Washington, the ex-president and first lady Michelle Obama maintain a home in Chicago, the city where he got his political start.

The south side of Chicago is also where the future Obama presidential center will be built, near the former leader`s home.