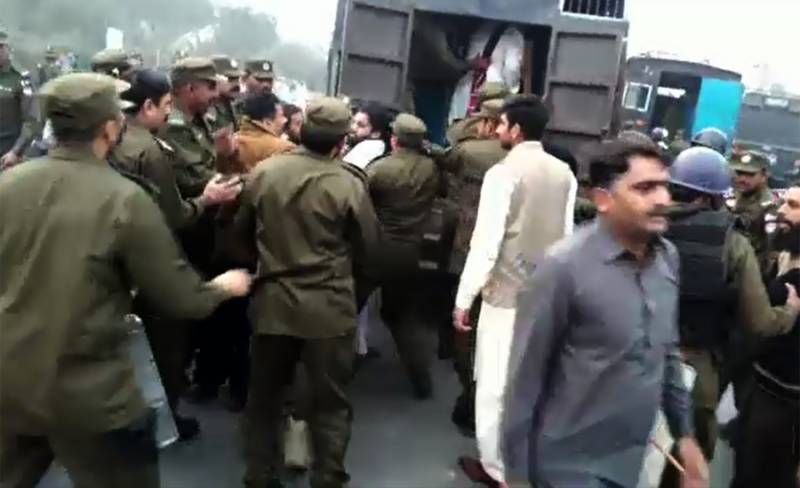 FAISALABAD  – Over 60 workers of the Tehreek Labaik Ya Rasool Allah (SAW) were baton charged and arrested on Friday.

A police party led by SSP Operations Rana Masoom asked the protesters to shift their protest to one road. The protesters, including elders and children, agreed to the order, but the police attacked and arrested them. The SSP said that the protesters were being arrested for security reasons.

The police took the protesters to a police van and shifted them to different police stations.