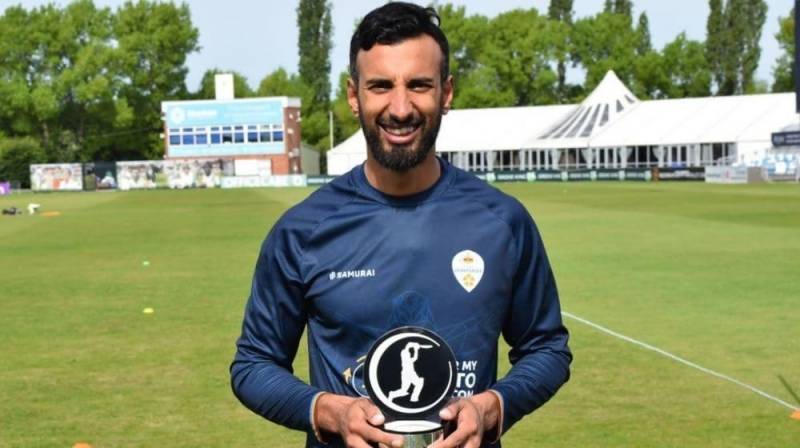 Derbyshire opening batter, Shan Masood, who scored back-to-back double-centuries in April, has been voted the PCA’s Player of the Month. The left-hander, who has represented Pakistan 30 times, finished top of the month’s PCA Most Valuable Player Rankings, registering 129.34 points.

The public was equally impressed with Masood’s 713 runs, as he achieved 46% of the vote to secure the award. Masood pipped Kent’s Ben Compton, Hampshire all-rounder Keith Barker and Yorkshire’s Harry Brook who received 30%, 14%, and 10% of the vote respectively with the four player shortlist selected from the MVP Rankings.

The left-hander scored a career-best 239 against Sussex at the County Ground, before backing that up with another 219 against Leicestershire. In addition to his back-to-back double hundreds, Masood has scored three half-centuries, giving him an average of 119.

Masood told the Association that he is grateful for the award and he praised the environment in the Derbyshire dressing room for helping him to achieve this.

“County cricket excites me, the fixtures are relentless, but it gives you games of cricket week in and week out and the chance to improve your trade. I knew I would play 14 Championship games – and I get to work with Ian Bell, which is a huge privilege. You play against quality opposition and have the chance to play all three formats,” Masood stated.