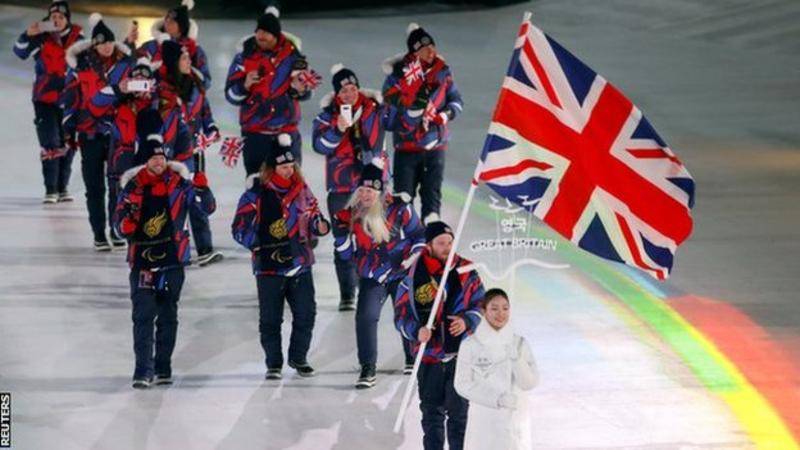 The largest ever Winter Paralympics were officially opened in freezing conditions at the Olympic Stadium in Pyeongchang, South Korea.

A record 567 athletes will take part across nine days of competition.

Snowboarder Owen Pick led the British team into the arena as flagbearer.ParalympicsGB has sent a 17-strong team of athletes, though only snowboarders Pick, Ben Moore and James Barnes-Miller, and 2014 gold-medal-winning visually impaired skier Kelly Gallagher and her guide Gary Smith attended the ceremony. The remaining athletes compete on Saturday.

The $106m 35,000-seater stadium, which will be pulled down after the closing ceremony, appeared to be about two thirds full, and the crowd watched a ceremony consisting of traditional Korean dance, combined with modern music and blended with light shows.

Unlike at last month's Olympics, where North and South Korean athletes walked under one united flag, the two countries could not strike a similar arrangement for the Paralympics opening ceremony.

Instead, a North Korean party of 18 representatives walked with their own flag to mark their first appearance at a Winter Paralympics, although there are only two athletes competing - both in cross-country skiing - with the rest of the group made up of officials.

There was no notable reaction for the North Korean entrance from the crowd, who were polite but subdued for most of the evening. The loudest moment came when the South Korean athletes entered the arena to complete the athlete parade.

There was also a positive reaction when one athlete from North Korea and one from South Korea held the Paralympic flame aloft together before handing it over to start a relay which culminated with a South Korean single-leg amputee abseiling up a ski slope before the cauldron was lit.