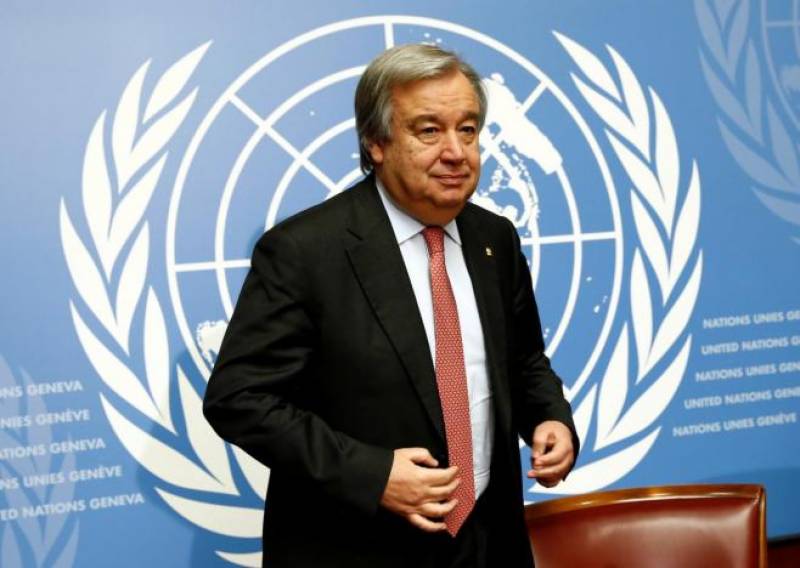 "He commends the leadership and vision of all concerned and reiterates his support for all efforts towards peaceful denuclearization of the Korean peninsula in accordance with relevant Security Council resolutions," U.N. spokesman Stephane Dujarric told reporters.

Trump has said he is prepared to meet Kim in what would be the first face-to-face encounter between the two countries' leaders.

The meeting could potentially help ease nuclear tensions with Pyongyang.

"A meeting is being planned," Trump posted on Twitter after speaking to Chung, setting up what would be his biggest foreign policy gamble since taking office in January 2017.

Chung said Trump had agreed to meet by May in response to Kim's invitation.

A senior US official said later it could happen "in a matter of a couple of months, with the exact timing and place still to be determined."

South Korean President Moon Jae-in, who led the pursuit of detente with North Korea during his country's hosting of the Winter Olympics last month, said the summit would set a course for denuclearization on the Korean peninsula, according to a presidential spokesman.

Trump had agreed to meet Mr Kim without any preconditions, another South Korean official said

Trump had previously said he was willing to meet Kim under the right circumstances but had indicated the time was not right for such talks.

He mocked US Secretary of State Rex Tillerson in October for "wasting his time" trying to talk to North Korea.

During a visit to Africa, Tillerson said Wednesday that, although "talks about talks" might be possible with Pyongyang, denuclearisation negotiations were likely a long way off.

"Kim Jong-un talked about denuclearization with the South Korean representatives, not just a freeze," Trump said on Twitter last night.

"Also, no missile testing by North Korea during this period of time. Great progress being made but sanctions will remain until an agreement is reached."

A meeting between Kim and Trump, who have exchanged insults that had raised fear of war, would be a major turnaround after a year in which North Korea has carried out a battery of tests aimed at developing a nuclear-tipped missile capable of hitting the US mainland. APP/AFP