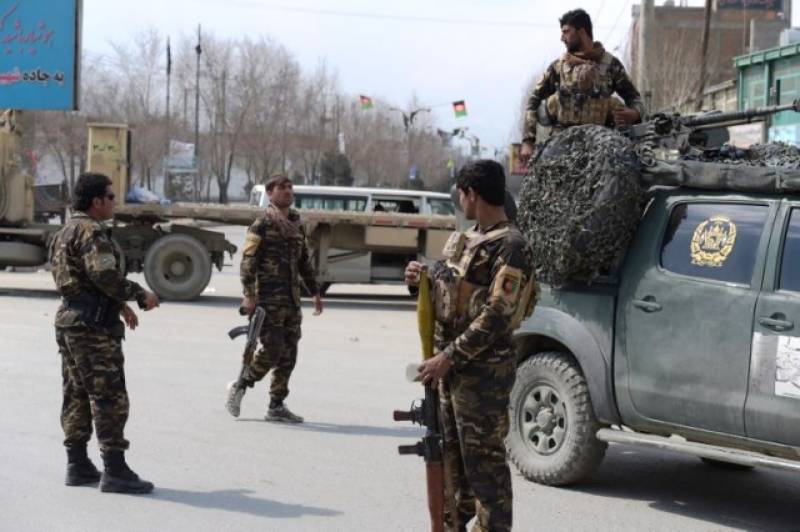 Kabul: A suicide bomber blew himself up in an area of Kabul on Friday, killing at least nine people, officials said, as militants dial up pressure on the war-weary Afghan capital.

The Islamic State group’s local franchise claimed responsibility for the blast, the SITE Intelligence Group said, as it seeks to stir up sectarian violence in the country.

It was the third suicide attack in Kabul in a fortnight.

The attack happened near a high-profile gathering to mark the 23rd anniversary of the death of Abdul Ali Mazari — a prominent former leader of the mainly Shiite Hazara ethnic community who was killed by the Taliban.

The event was attended by some of the country’s top politicians, including Chief Executive Abdullah Abdullah and his deputy Mohammad Mohaqiq, a senior Hazara figure.

“The death toll has gone up to nine,” deputy interior ministry spokesman Nasrat Rahimi told AFP, adding 18 others were wounded.

Among the dead were two policemen, he said. The rest were civilians. Officials said the attacker was on foot.

Afghan officials gave a wide range of figures for the number of casualties: a security source told AFP 13 people were killed and more than 30 wounded.

Amin said the bomber detonated his explosive device at a checkpoint “after being identified by police”.

“The bomber failed to get inside to target the gathering,” he said.

Kazim Ali, who was at the gathering, told AFP the force of the explosion shattered the windows of the mosque.

Omar said 10 local police and seven soldiers were killed and more than a dozen wounded in the attacks claimed by the Taliban. The casualty figures could not be immediately verified.

The latest attacks come as the Taliban, by far the biggest militant group in Afghanistan, face growing pressure to take up the Afghan government’s recent offer of peace talks to end a more than 16-year insurgency that has claimed thousands of lives.

President Ashraf Ghani at an international conference in Kabul last week unveiled a plan to open talks with the Taliban, including eventually recognising them as a political party.

In return, Ghani said the militants should officially recognise the Afghan government and constitution, a perennial sticking point in past attempts at dialogue.

“The offer of negotiation is on the table,” UN envoy to Afghanistan Tadamichi Yamamoto told a Security Council meeting on Thursday to mark the annual renewal of the UN mission to the war-torn country.

The United States has also called on the insurgents to consider the offer of peace talks.

While Western officials have hailed Ghani’s offer as a positive step, they have told AFP that it is far too early to tell if it will lead anywhere.

Before Ghani’s speech, the militants had called for direct talks with the US.

Friday’s attack comes a week after a car bomb detonated near a passing Australian embassy convoy in the city’s east that killed at least one child and wounded several other people.

Kabul is one of the deadliest places in Afghanistan for civilians as both the Taliban and the expanding IS group step up their assaults on the city.

Despite the cautious optimism for a peace deal, Kabul remains on high alert, fearing further violence.

American officials are also braced for more fighting in the spring after an unusually violent winter when the conflict traditionally eases.

Since mid-January, militants have stormed a luxury hotel, bombed a crowded street, raided a military compound and launched a suicide attack during morning rush hour in the capital, killing more than 130 people. – AFP