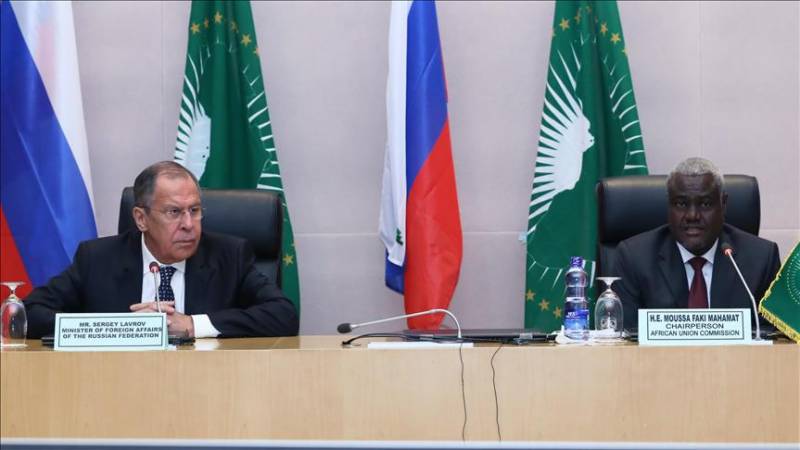 “Russia has always supported Africa’s demand for reform in the United Nations,” he said, addressing a joint news conference with AU Commission Chairman Moussa Faki Mahamat at the headquarters.

Mahamat said: “It is not understandable that Africa with a population of 1.2 billion people is not represented in the United Nations Security Council.”

He said more than 60 percent of issues being tabled to the UN Security Council for decision-making areabout Africa.

Turkey, Germany, Japan and other countries have also been calling for reform in the UN.

Separately, Lavrov also met with Ethiopian Foreign Minister Workineh Gebeyehu to discuss cooperation in the areas of politics, economy and education between Russia and Ethiopia.

“There are 30,000 Ethiopians educated in Russia and they serve as human bridges between the two countries,” Gebeyehu said.

Lavrov’s Ethiopia visit is part of celebrations of 120 years of the establishment of diplomatic relations between Ethiopia and Russia.  APP/AFP