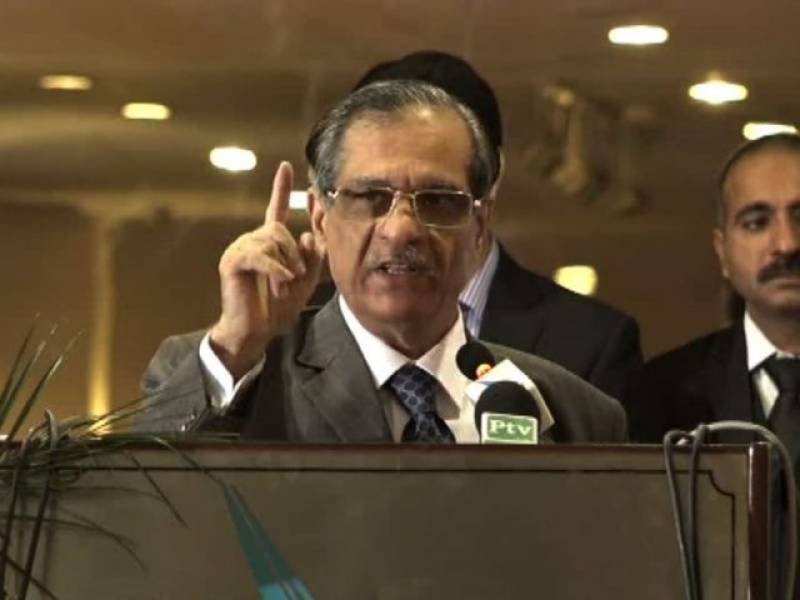 LAHORE: Chief Justice of Pakistan Justice Mian Saqib Nisar Saturday said the government of Punjab did nothing in ten years.

He said this while hearing a suo motu case into the drainage of polluted water into rivers and canals, at Supreme Court’s Lahore Registry.

Heading a three-member bench, the CJP directed Chief Secretary Punjab Zahid Saeed to submit the complete record of PC-I of all clean drinking water projects of Punjab till 23rd of this month.

Appearing before the court, amicus curiae argued told the court that 310 million gallons of sewerage of Faisalabad is allowed to drain into River Chenab and Ravi.

The Punjab Chief Secretary apprised the court that Punjab government will set up three wastewater treatment plants in Mehmood Booti, Shadbagh and Shahdra areas of Lahore.

He submitted that the preparation of PC-I of all these plants will be completed till 23rd of this month.

Taking notice of pictures of Punjab Chief Minister Shehbaz Sharif on government advertisements, the CJP called upon the Punjab government to publish ads regarding its failures also.

The Court has adjourned hearing of the case till 31st of this month. APP/AFP