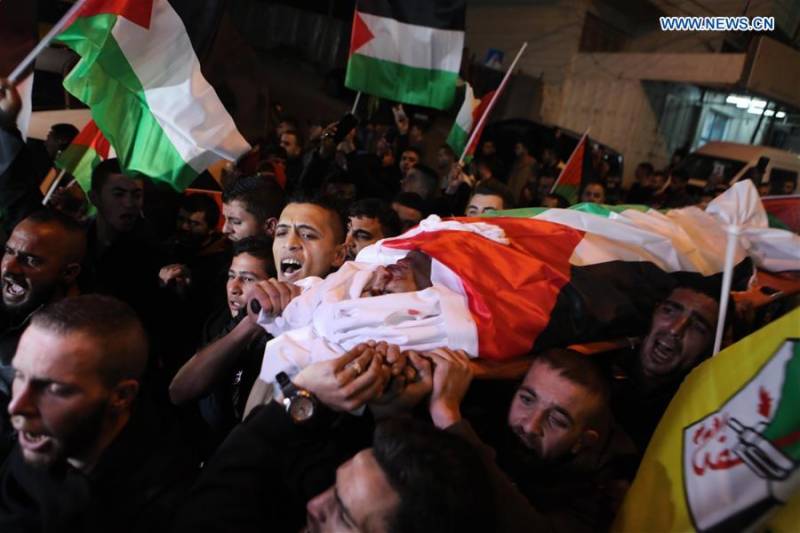 A Palestinian young man died of his wounds suffered during clashes with Israeli soldiers on Friday afternoon in the West Bank, local medics said.

The Palestinian Red Crescent Society said in an e-mailed press statement that Mohamed Ja'barai, 24, was shot by Israeli soldiers in the chest during clashes in the the southern West Bank city of Hebron and died later in hospital.

Clashes broke out Friday afternoon in the West Bank and the Gaza Strip between Palestinian demonstrators and Israeli soldiers, after calls made by various Palestinian factions.

Medics in the two regions said 10 Palestinians were injured, while dozens were treated in the field for inhaling tear gas fired by Israeli soldiers to disperse young stone throwers.

The demonstrations have been organized every Friday since U.S. President Donald Trump declared Jerusalem as the capital of Israel and decided to move the embassy from Tel Aviv to the disputed holy city on Dec. 6. APP/AFP