Pakistan to impeach it's representative in U.N Human Rights Committee in Geneva
10 Mar, 2018 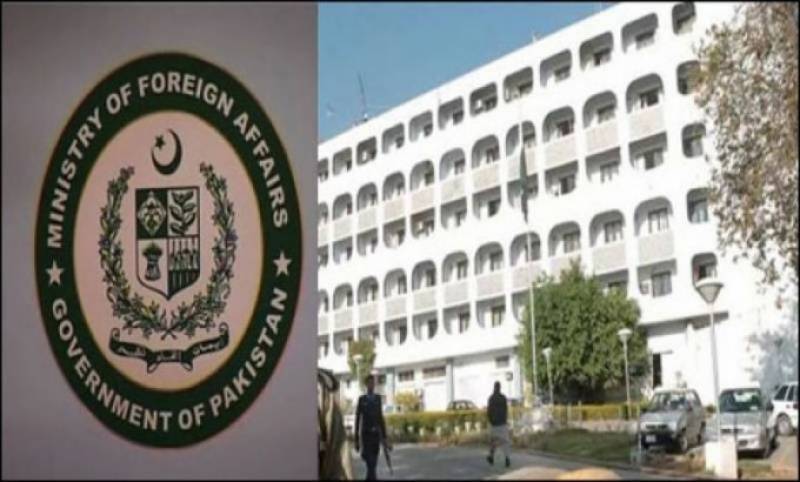 ISLAMABAD – The federal government has decided to impeach its representative in the UN Human Rights Committee for not casting vote against the killing of civilians and severe violation of human rights in war-ravaged Syria.

Speaking on the floor of the National Assembly, Foreign Minister Khawaja Asif asserted that he would inform the house, on Monday, about the reasons behind avoiding a vote on the situation in Syria in the United Nations Security Council’s meeting last month adding that the envoy would be impeached for such move.

“The Pakistani envoy did not cast vote against atrocities on Syrian people and it is a matter of shame to be in an international forum and not voting for our Muslim brethren,” said Asif and added that the person responsible will be impeached and stern action will be taken.

The minister was responding to the questions asked by Jamiat Ulema-e-Islam-Fazl (JUI-F) chief Fazlur Rehman, who told the house that eight Muslim countries were the member of the UN committee but three of them, including Pakistan, abstained from voting which was conducted against the massacre in Syria.

“Why Pakistan remained absent during voting and who was representing the country there. The parliament wants to conduct impeachment of the envoy responsible for it. The foreign minister must take notice of it,” said the JUI-F chief.

Fazal deplored that when Saudi Arabia requested for deployment of the Pakistani Army on its soil, a section in the country raised a hue and cry over it but the same class was silent over the Syria killings.

“Now the entire Pakistani nation should protest against the cruelties in Syria and a resolution must also be passed by the house in this context,” he added, however, the resolution could not be passed owing to Lack of quorum.