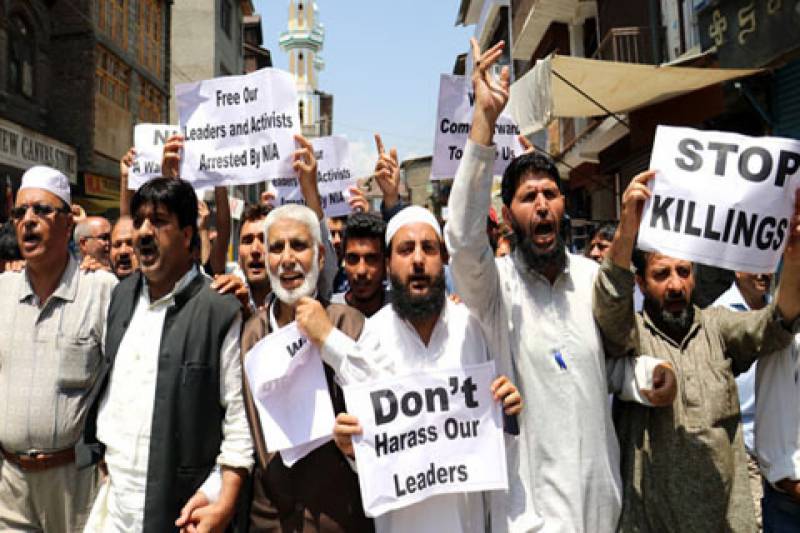 SRINAGAR: In occupied Kashmir, forceful demonstrations were held in Srinagar, Budgam, Baramulla, Islamabad and other areas, today against the killing of innocent civilians by Indian troops in Shopian.

A large number of Hurriyat leaders and activists participated in the demonstrations, under the banner of Joint Resistance Leadership and demanded for stern punishment to the culprits involved in the murder of 8-year-old girl in Kathua area of Jammu region.

Meanwhile, complete shutdown continued in Shopian district on the fifth consecutive day, today against the cold-blooded murder of civilians.

The puppet authorities imposed restrictions in the district to prevent people from staging demonstrations against the killings.

Shutdown was also observed in Nowshera town of Rajouri district of Jammu region against the registering of cases against some locals for raising pro-Pakistan slogans during demonstrations, yesterday.