Iran strongly condemns attack on its embassy in London
10 Mar, 2018 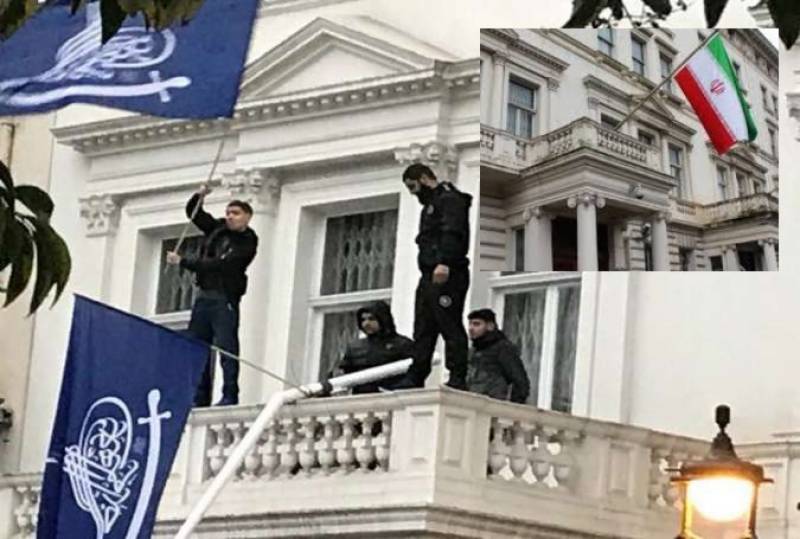 Araqchi called on British police to fully protect the Iranian diplomats in London, the spokesperson said.

The British ambassador, for his part, offered the British government's apology for the incident and said anti-riot police is present in the embassy compound and has brought the situation under control, Qassemi added.

He emphasized that all necessary measures have been adopted to protect the Iranian diplomats and prevent the assailants' entry into the embassy building.

A number of attackers scaled the wall of Iran's embassy building in London and took down the Iranian flag, the Islamic Republic News Agency (IRNA) reported.

The report added that British police carried out no measure to protect the compound during the attack.

He said the assailants were carrying knives and sticks and chanted slogans against Iranian officials.

Later on Friday, Qassemi said the attackers who had climbed on the balcony of the Iranian embassy in London were arrested, adding the spectacle is now over.

He called for the trial and punishment of the perpetrators of the assault.  APP/AFP