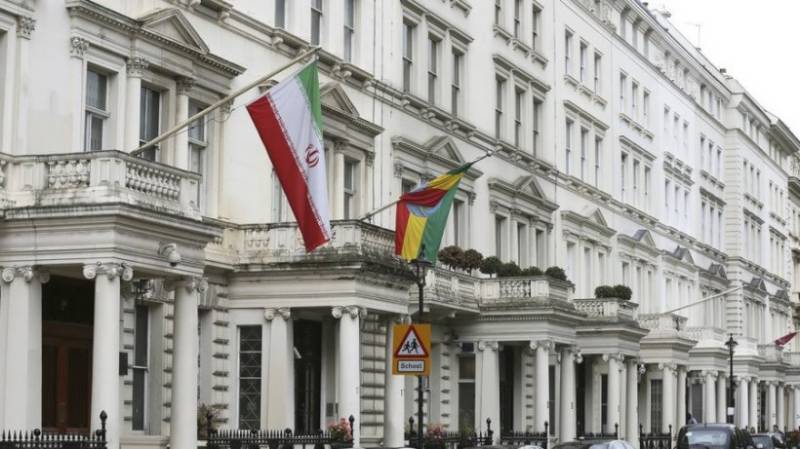 *TEHRAN – Spokesman for the Iranian Administration Mohammad Baqer Nobakht deplored the British police’s belated response to an attack on the Islamic Republic’s embassy in London and said Tehran would definitely react firmly to the incident.*

Speaking to reporters in Tehran on Saturday, Nobakht said based on the reports received so far, the UK police took action several hours after the attack, Tasnim has reported.

“This is while embassies are places that should be protected by police based on international rules…,” he added.

“It is already clear that the international rules have not been observed in this case and the Islamic Republic would definitely show a firm reaction to the incident,” the spokesman said.

In the attack on Friday, four men dressed in black climbed on to a first-floor balcony of the building, took down the Iranian flag, and waved flags of their radical cult in an apparent protest against the Islamic Republic.

No one was hurt during the incident and the trespassers were arrested when they came down after around three hours. The four are detained for causing criminal damage and being unlawfully on diplomatic premises, a spokeswoman for London’s Metropolitan Police said.

“Immediately after the incident was reported, Dr. Araqchi, the (Iranian) deputy foreign minister for political affairs, expressed the Islamic Republic of Iran’s strong protest to the British ambassador to Tehran and demanded that the UK police fully protect our diplomats in London and immediately deal with the assailants,” the Foreign Ministry’s website quoted Spokesman Bahram Qassemi as saying.

According to the spokesperson, the British ambassador to Tehran has extended the British government’s official apology.

Qassemi quoted the British envoy as saying that the UK riot police are present at the scene and have the situation under control.

He finally called for the prosecution and punishment of those behind the raid.

Also, Iran’s ambassador to Britain, Hamid Baeidnejad, tweeted that the assailants were “advocates of the Shirazi cult”. He said all staff at the embassy were safe.