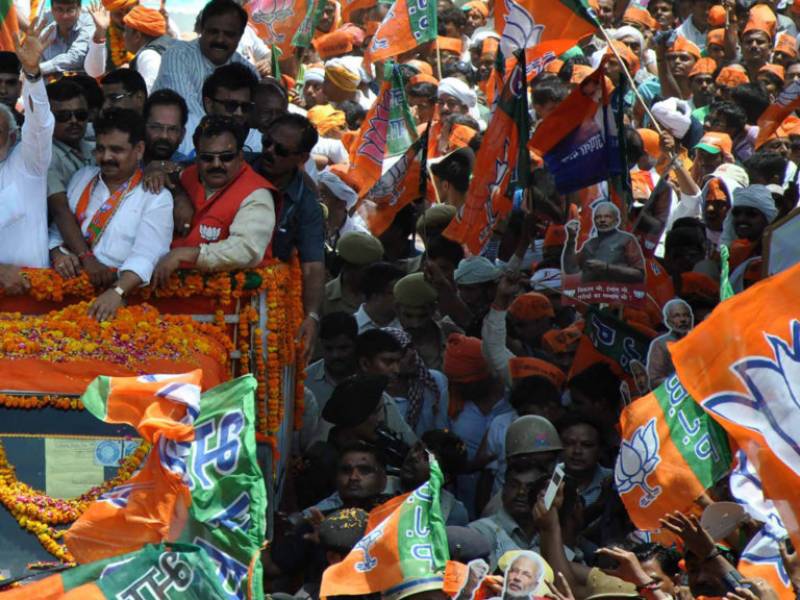 ISLAMABAD: Indian political parties use anti-Muslim rhetoric including the hatred against Pakistan as a tool to win elections and it will be repeated in India’s next general election due in 2019.

This was stated by British Kashmiri Journalist, Murtaza Shibli at a Public Talk on “Rising Extremism in India” organised here by the Institute of Strategic Studies Islamabad (ISSI) in collaboration with the Islamabad Council of World Affairs (ICWA) under its Distinguished Lecture Series on Friday.

Talking about extremism in Indian society, Murtaza said that Bhartiya Janata Party (BJP) had given enough indications about the desire to again form the federal government.

“BJP, under the Ghar Wapsi (Back to Home) banner, has been attempting to turn India into a Hindu Rashtra or a Hindu nation,” he said.

He said that India was trying to re-write the history in Indian occupied Kashmir by using force.

“India is obsessed with Pakistan. Its leaders raise the slogans against Pakistan just to win the elections unlike Pakistani leaders”, he said.

Talking to the participants Murtaza Shibli said that India wanted to instigate Pakistan for war by killing innocent civilians on LoC and working boundary.

Relying to a question he said Pakistani media did not propagate on Kashmir issue as compared to Indian media.

“The negative propaganda that is sold on Indian media against Pakistan helps shape the notion among Indians that Pakistan is their eternal enemy,” he added.

In his concluding remarks, Chairman ISSI Ambassador Khalid Mahmood said that extremism was a disturbing trend worldwide but its increasing penetration in India society especially against Muslim minority was alarming.

Ambassador Mahmood said that big powers having influence on India should show a special responsibility.

He reiterated the dangers to the region of extremism in India and pointed out that international actors needed to play their respective roles in exposing the veneer of secularism in India. The event was attended by large number of members from civil society, media representatives and students from different universities. - APP