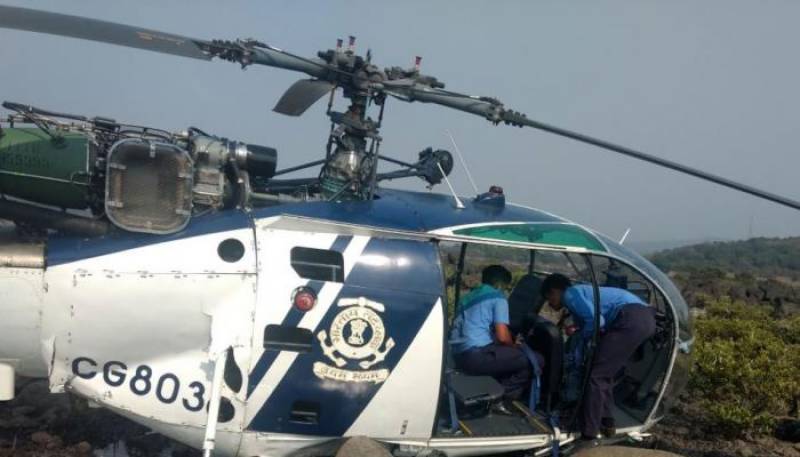 The incident took place during the landing of the aircraft. It was reportedly a Coast Guard Chetak chopper.

An Indian Navy Seaking helicopter with a medical team on-board has taken off to provide cover to Indian Coast Guard helicopter. The crash took place 160 kms south of Mumbai at 2:40 pm on Saturday.

The Chetak helicopter is a high-performance aircraft which is utilised by ICG in search and rescue, causality evacuation, pollution response, air crew training and consolidation. It is an improved version of Alouette II, designed and manufactured in France and is now being manufactured under license by HAL Ltd.