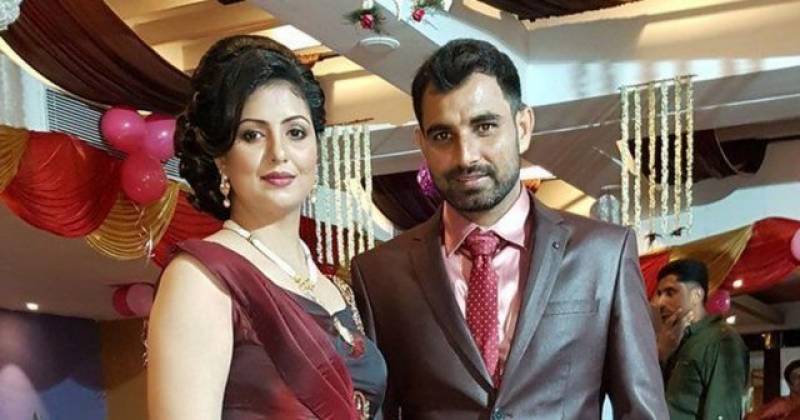 Shami’s wife Hasin Jahan, a former model, filed a written complaint with the police in Kolkata just days after going public with claims that Shami had affairs with other women.

The controversy has already cost Shami as India’s cricket board has put the 27-year-old bowler’s annual contract with the national team on hold while an investigation is conducted.

“She has specifically complained about being tortured by her husband and in-laws, and about her husband having multiple extra-marital affairs,” Tripathi added.

Jahan made headlines by making public on Tuesday a series of messages Shami allegedly sent to women during their four-year marriage.

“I managed to access the security code in his phone and saw (the) chats last night. I was shocked and could not sleep,” she said.

“He tortured me physically and mentally over and over again. Shami assaulted me after returning from the South Africa tour,” Jahan told journalists on Friday.

Shami has dismissed the accusations of infidelity as a campaign to defame him.

“What is being said about my personal life is completely false,” he wrote on Twitter Wednesday.

“It’s definitely a part of a big conspiracy against me. This is just an attempt to defame me.”

The Board of Control for Cricket in India dropped Shami from a list of contracted players unveiled Wednesday, which saw skipper Virat Kohli and other top Test players awarded salaries just above $1 million.

A supervisory committee overseeing BCCI affairs said the allegations against Shami put them in a difficult position and that his contract was on hold pending review. – AFP